Start a Wiki
watch 01:51
The Loop (TV)
Do you like this video?
Nurse Betty (Jennifer Wenger) is a minor villainess in the 2015 television horror flick that appeared on Syfy.  The film was produced by Roger Corman.

Nurse Betty was the assistant to mad scientist Dr. Elsa Reinhart (Catherine Oxenberg), who had originally studied under Nathan Sands and Rico Symes from the previous two Sharktopus films.  Dr. Reinhart along with her assistant is performing illegal procedures in the Dominican Republic.

In one of her procedures she mixes the genes of a killer whale and a gray wolf as part of a treatment for an aging Dominican Republic baseball player named Felix Rosa.  After the first treatment, Rosa feels great, but demands another blast of radiation, which apparently kills him.

Reinhart takes Rosa's body down to the water and kicks it into the ocean.  Rosa's body begins to mutate, and Reinhart then takes his body back to her lab, where it is decayed.  Rosa now has claws with flipper-like webbing instead of hands.  She realizes that the mutation needs another stimulus, and figures out that it must be the full moon.  She exposes him to the full moon.

Nurse Betty returns to the lab where she begins to comfort Dr. Reinhart.  Reinhart revealed to Betty that she gave Rosa some blood, but he needed more....specifically from a brunette.  Just then, Rosa appeared growling, and poor Betty went fleeing for her life.  From the evil grin upon Dr. Reinhart, it is obvious that she was sacrificing her young assistant....and wasn't broken up about it.  Rosa, who now appears as a combination of a killer whale, a gray wolf, and a man, chases Betty through the streets.  Betty is wearing her skimpy little white nurses outfit, and she struggles to get away from Rosa because of her black high heels.

Down at the ocean, she jumps into the water, where she is eaten alive by Whalewolf. 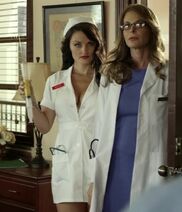 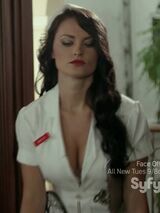 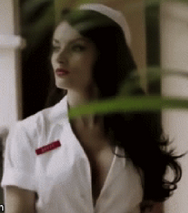 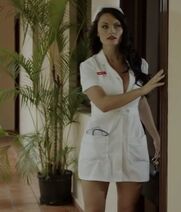 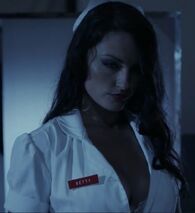 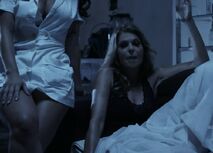 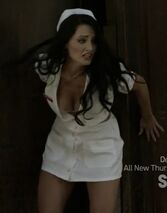 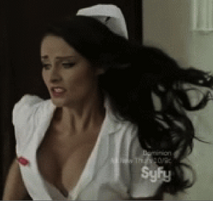 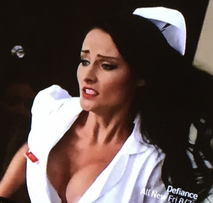 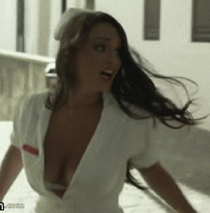 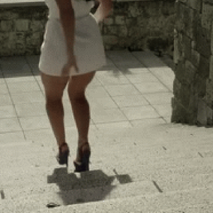 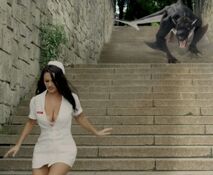 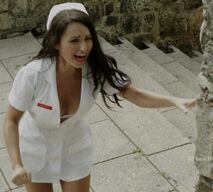 Add a photo to this gallery
​​​
Retrieved from "https://femalevillains.fandom.com/wiki/Nurse_Betty_(Sharktopus_vs._Whalewolf)?oldid=198088"
Community content is available under CC-BY-SA unless otherwise noted.