Myra introduced herself and her cohorts, Wilhelm and Hans, as "North Star" to Newkirk, who went out to meet them on a mission. They are later captured by the Gestapo and locked up in jail.

Newkirk and Myra are held in a prison cell together, and a pair of officers let Myra out while keeping Newkirk in.

In the next scene, however, Myra is revealed to be a Gestapo agent, as are Wilhelm and Hans, and she sends a message on the radio that is received by Carter. The message is part of their plan to capture Papa Bear (Col. Hogan).

Carter and LeBeau meet Myra and later bring her into the camp via the emergency tunnel. Hogan gives Myra a message to send back to Gestapo headquarters, only to later reveal that he knows that she's no good and points a gun at her. Myra attempts to make a deal with Hogan, only for him to refuse and use her to break Newkirk out of jail.

Myra ends up sent to a POW camp in England, which Newkirk quips is "too good for her." 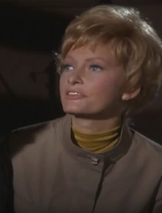 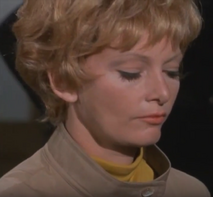 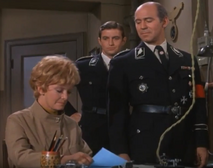 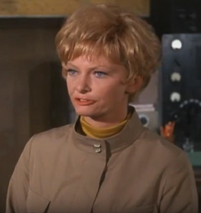 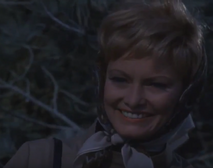 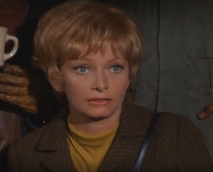 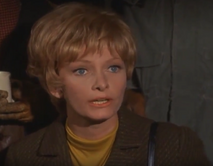 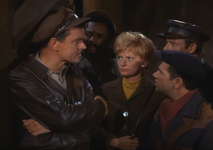 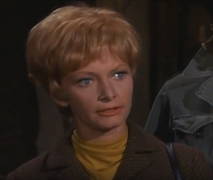 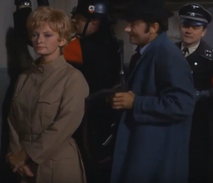 Add a photo to this gallery
Retrieved from "https://femalevillains.fandom.com/wiki/North_Star_(Hogan%27s_Heroes)?oldid=81356"
Community content is available under CC-BY-SA unless otherwise noted.