Nora (Debra Xavier) is the evil bad girl in the 1998 movie, "The Chosen One: Legend of the Raven".

Nora starts out the girlfriend of a local sheriff Henry (Dave Oliver). However, Henry reunites with his old girlfriend, McKenna (Carmen Electra). Nora is angered and she goes back with her old boyfriend, Cole (Michael Stadvec), who is a thug. Cole and his boys beat up Henry. McKenna goes after Cole, and Nora shoots her, only to be shot dead herself by Cole.

McKenna awakens from a paranormal power as "The Raven". Nora is also revived, and transformed into evil incarnate.  Nora dresses in some very sexy getups including a leather corset miniskirt dress, black opera gloves, choker necklace with spikes, black thigh high boots, and a black eye mask.  Her brunette hair is worn in a ponytail.  The only other time she is not wearing this outfit, she has seamed black fishnet stockings with black boots.  Definitely a hot look.

Nora gets revenge on Cole's goons, and McKenna and Henry set out to find her.

At the end of the movie, there is a showdown between Nora and McKenna. After a back and forth fight, it appears that Nora is going to win.  However, she plays with her a little, and this is her downfall.  McKenna is able to turn the table on Nora, and she is defeated and her throat is slit. 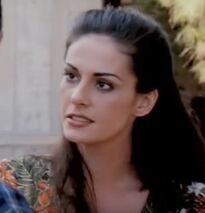 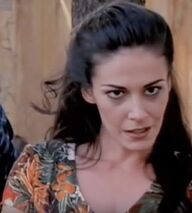 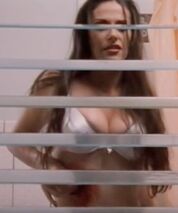 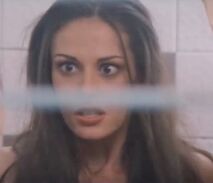 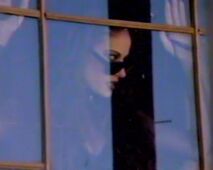 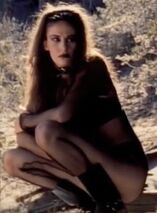 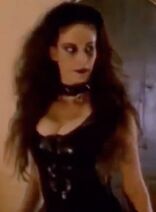 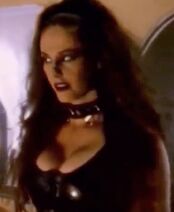 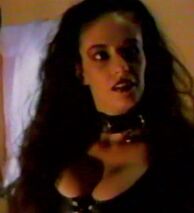 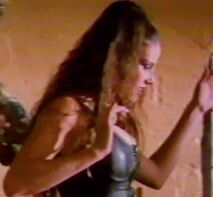 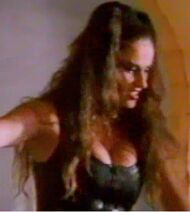 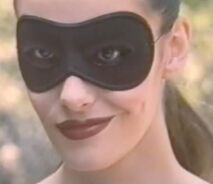 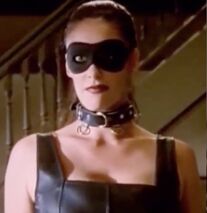 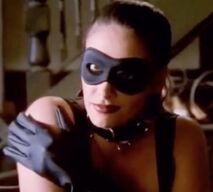 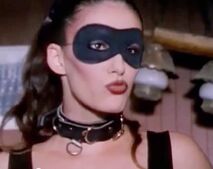 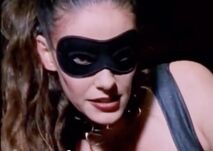 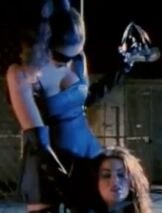 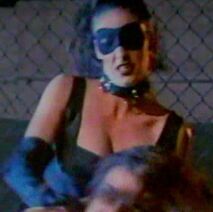 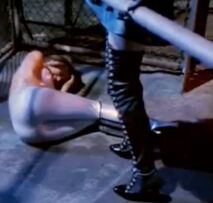 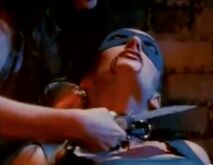 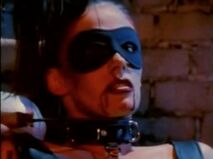 Add a photo to this gallery
Retrieved from "https://femalevillains.fandom.com/wiki/Nora_(The_Chosen_One:_Legend_Of_The_Raven)?oldid=160667"
Community content is available under CC-BY-SA unless otherwise noted.