Start a Wiki
watch 04:10
The Loop (TV)
Do you like this video?
Noche is a secondary villainess in the 1975 Filipino fantasy film "Darna vs. the Planet Women".  She is played by either actress Liza Zobel or Diana Villa.

Noche, is a red-skinned and black haired villainess.  She wears a yellow outfit with an octopus upon her corset.  She has a yellow helmet and yellow opera gloves as well.  Her name Noche means "night" in Filipino.

She is a part of the Planet Women, ruled by Electra (Rosanna Ortiz).  The other Planet Women include Carra (Lita Vasquez) Orak (Eva Linda) and Mahiya.

Noche and Mahiya appear at a disco party for the rich and highly-educated.  When Dr. Anastasia Madrid, an expert in space travel arrives they attempt to abduct the doctor.  However, their plans are thwarted by Darna.  The two aliens inject the scientists with a knockout drub and drag them away while Darna is dancing.

Going outside, Darna sees the Planet Women leading their victims into the night.  A fight ensues, and Mahiya disappears into thin air.  She then creates a duplicate of herself.  Darna lands a lucky punch and knocks her out.  While looking around for Noche, both Planet Women sneak away without the scientists.

The Planet Women hypnotize Ramon (Zandro Zamora), Darna's boyfriend, and use him to lure Darna into a trap.  Electra then uses Ramon as hostage to get Darna to gather up the scientists.  Darna challeges Electra to a winner take all fight.  If Electra wins, Darna will help the Planet Women enslave the Earth.  If Darna wins, they have to pack up all their evil plans and head home.  After a few minutes of a splendid catfight that includes in air fighting, Darna gets Electra into a submission hold which ends the battle.  Electra then honors her word and flies off in her ship never to be seen again. 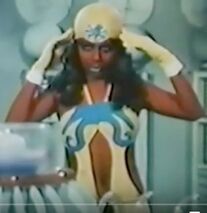 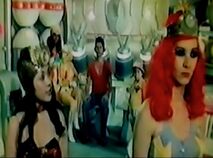 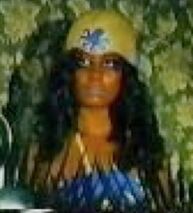 Add a photo to this gallery
Retrieved from "https://femalevillains.fandom.com/wiki/Noche_(Darna_vs._the_Planet_Women)?oldid=83509"
Community content is available under CC-BY-SA unless otherwise noted.