Nina Williams (Candice Hillebrand) is a minor antagonist in the 2010 action film Tekken, based on the video game by the same name.

later in the first round of the tournament Jin Kazama was Facing Miguel Rojo . Jin almost killed him .Kazuya mishima saw something familiar in jin's style, he did a research on his profile and results was revealing Jin as his Son. Later that night Jin and Christie Monteiro went off to a night club .

Kazuya had sent Nina and Anna after them to assassinate Jin . Christie and Jin went to the dance floor and kiss while dancing and Nina and Anna were watching them while dancing in the crowd . They tracked him to his room until Christie was gone. They attacked him in his room while lights were flashing on him. He couldn't fight back at them . Nina and Anna threw him in some glass and Christie heard the sound of it. She came back for Jin and broke the window of the door with some weights in the gym in front of Jin's room.

Nina turned and took a gazing look at the window and they escaped from the other door of the room .

They went to Kazuya's room for explaining this mess ! He was very angry and disappointed

Kazuya : Do you know what a nightmare this is ? I think you're worry too much ! Nina respond it

Kazuya: No you underestimated him ! and now i have to clean up your mess.... !

Nina and Anna looked at each other and left the room.

Later in the tournament, During the quarter-finals, Christie (Kelly Overton) is paired with Nina Williams. But before the fight, Jin notices Nina's face, she was one of the assassins.  Before the action begins, Jin tells Christie that she was the one that attempted the assassination from the previous night.

during theextremely one sided fight, Christie makes the comment, "Out a little late last night?".  Nina responds, "I like your boyfriend.  He's cute".

The fight continues, and Christie knocks down Nina and lands a somersault axe kick to her face.

Christie then makes the comment, "Sorry, I don't share".( Mentioning That I Know that you shared a Man With Your Sister (Anna Williams) But Im Not a Slut Like you... ! ) She kicked Nina's ass right out of the tournament...

Following the match, Kazuya orders all of the fighters to be detained. He tells them that the rules have changed, and so they must now fight to the death. Jin, Christie, and Steve try to escape, along with Raven, leaving Nina & Anna Williams and Sergei Dragunov behind, since they were in a separate cell. 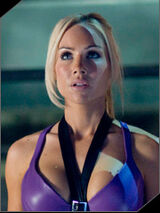 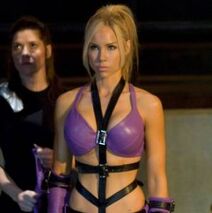 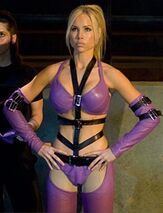 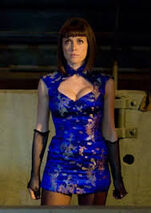 So much plastic surgery for an assassin !

waiting for her entrance 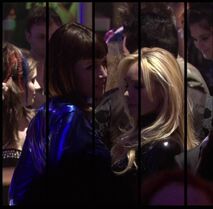 Her entrance in motion.

Squaring up to Christie. 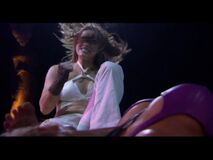 Nina's original KO scene (without stunt) .taken from the trailer (deleted scenes)
Add a photo to this gallery
Retrieved from "https://femalevillains.fandom.com/wiki/Nina_Williams_(Tekken_2010)?oldid=190434"
Community content is available under CC-BY-SA unless otherwise noted.