Nina, played byJoan Huntington is a spy in the episode "The Formula is Stolen" from the TV series "Mr. Terrific" The show was first broadcast in the USA on CBS on February 6 1967 (Season 1, Episode 5).

Nina is a member of a spy network that steals the formula for the power pill.  The power pill is originally devised by a government agency and transforms Stanley Beamish (Stephen Strimpell), a gas station attendant into a hero possessed of superhuman powers.  He is able to fly around and fight bad guys, but also has an occasional glitches.

However, since the pill only works on Stanley, the thieves figure they need to kidnap him in order to have full control over the pill.  They determine that Stanley works at Hal and Stanley's Service Station as a front.  They plan to kidnap Stanley and either lure him to their side or brainwash him and then sell him to the highest bidder.  The gang is led by Claude (Lee Bergere) and his other henchman is Max (Richard Dawson).

The shapely Nina at first charms and hypnotizes Hal Walters (Richard Gautier) into thinking he is a chicken.  When the pills don't work on him to make him have super powers, she returns for Stanley.  Although the enemy agents learn that Stanley is on to them, he still manages to swallow some of the pills.

After Stanley gains his super powers, he thwarts the gangs plans by tipping the foundation of the house they are in up.  The gang including Nina slides across the room and they all go head over tea kettle over the couches.  Nina is then conked on the head with a lamp.  The gang of villains including the gorgeous Nina, are apprehended by the police.  Hal is not so lucky, as he thinks he is a pigeon, and is found on top of a statue in the nearby park. 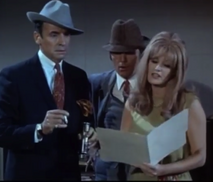 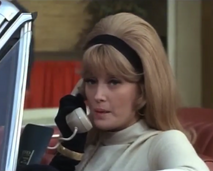 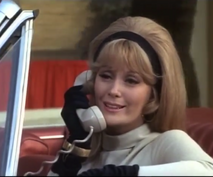 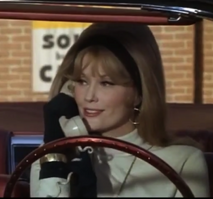 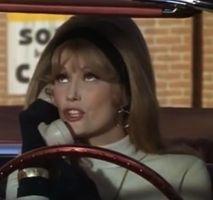 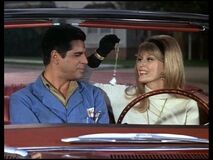 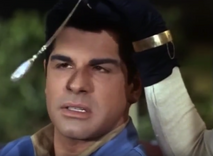 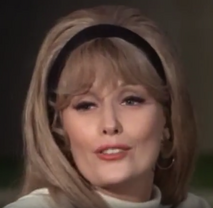 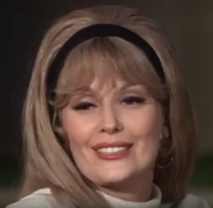 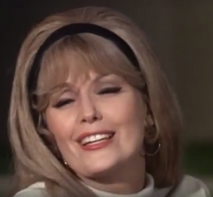 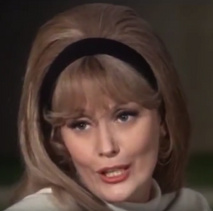 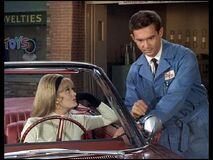 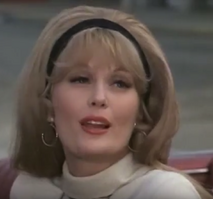 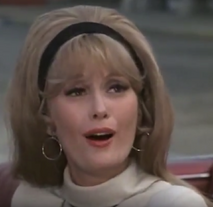 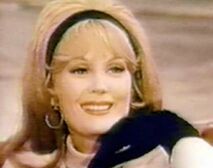 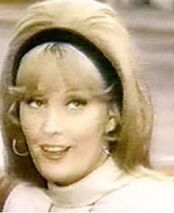 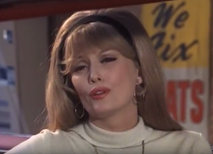 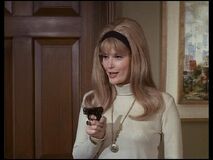 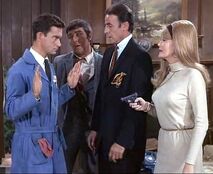 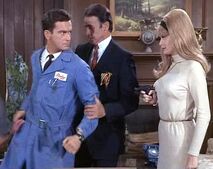 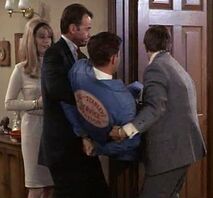 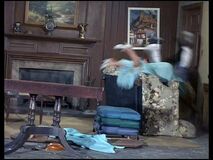 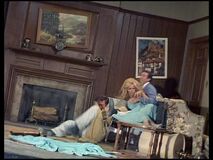 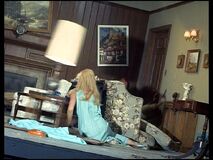 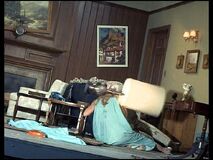 Add a photo to this gallery
Retrieved from "https://femalevillains.fandom.com/wiki/Nina_(Mr._Terrific)?oldid=134100"
Community content is available under CC-BY-SA unless otherwise noted.