Start a Wiki
watch 01:48
The Loop (TV)
Do you like this video?
Nila Rahmad, aka Princess Nila (Afrah Gouda) is the main villainess from "Return of the Mummy," the 23th book from the Goosebumps series, as well as the Goosebumps TV episode under the same title (airdate December 22, 1995).

Nila is an evil 4,000-year-old Egyptian princess; the sister of Prince Khor-Ru. She posed as a journalist for the Cairo Sun, and accompanied protagonists Ben Hassad, his daughter Sari, and his nephew Gabe Sabry to the opening of Prince Khor-Ru's tomb, having been discovered by Gabe.

After Gabe and Sari are dragged into the tomb by the mummified Khor-Ru and Ben was knocked out as he tried to save them, they see Nila in her true form as an evil princess, using Gabe's summoner to control her brother. At that moment, the evil Nila orders Khor-Ru to kill Gabe and Sari, while revealing her true plan for them to rule Egypt once again. However, Khor-Ru demanded to be allowed to rest in peace and pulled off Nila's amulet, shattering it into pieces. It was revealed that the amulet had been keeping Nila alive for 4,000 years, and after it was destroyed, Nila shrieked as she was turned into a scarab beetle. 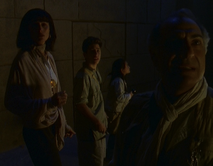 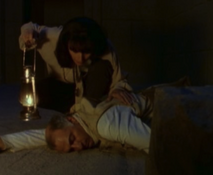 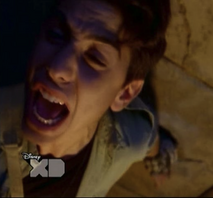 Nila revealed as an evil princess 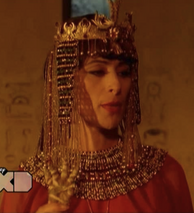 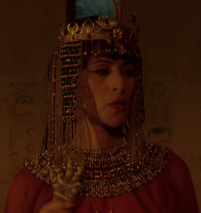 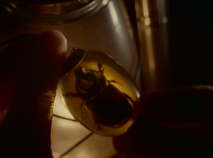 Add a photo to this gallery
Retrieved from "https://femalevillains.fandom.com/wiki/Nila_Rahmad_(Goosebumps)?oldid=174867"
Community content is available under CC-BY-SA unless otherwise noted.