Nila (Carol Forman) is the main villainess in the 1949 serial film "Federal Agents vs. Underworld, Inc.", which included 12 chapters, and was produced by Republic.  Federal Agents vs. Underworld, Inc. was one of twenty-six Republic serials re-released as a film on television in 1966.  The title of the film was changed to Golden Hands of Kurigal.  This version was cut down to 100-minutes in length.

Nila is a Middle Eastern criminal, who teams up with American gangster Spade Gordon (Roy Barcroft).  They are attempting to obtain the Golden Hands of Kurigal.  This artifact was recently discovered by the Clayton Archeological Expedition in Nila's home country of Abistahn.

Nila already possesses one of these hands, which contains hieroglyphics written on it, to provide the keys to the location of the treasure of the ancient ruler Kurigal.  Nila hopes to use this treasure not only to make herself ruler of Abistahn, but also to incorporate the American underworld into one vast organization, which she plans to dub Underworld, Inc.  It is said that with these hands, she could possess the power to control men's minds.

The battle of Federal Agents vs. Underworld Inc. winds up taking Worth and Clayton's secretary Laura Keith (Rosemary LaPlanche) to Abistahn.

The serial consists of high speed chases, high-flying leaps, explosive blasts and numerous death traps.  In the climax of the film, the two Golden Hands of Kurigal come together, which causes the huge idol of Kurigal to crash down upon Nila killing her.  Worth, Laura, and Clayton all were able to exit the tomb. 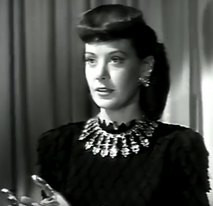 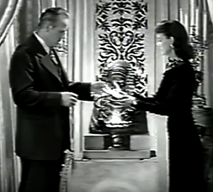 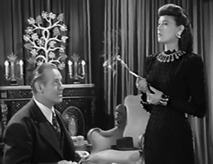 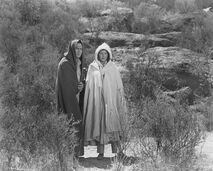 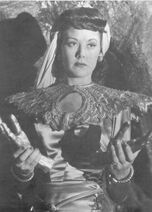 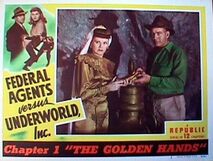 Add a photo to this gallery
Retrieved from "https://femalevillains.fandom.com/wiki/Nila_(Federal_Agents_vs._Underworld,_Inc.)?oldid=192006"
Community content is available under CC-BY-SA unless otherwise noted.