Start a Wiki
watch 01:51
The Loop (TV)
Do you like this video?
Narcisse (Tere Malson) is a henchwoman in the 1989 post-apocalyptic film Escape from Safehaven.

In a post-apocalyptic world, a family seeks refuge in Safehaven, a community protected from the lawlessness of the outside world by a contingency of armed guards. However, once they settle into Safehaven, they discover that the leaders run the community with an iron fist and the inhabitants are no better off there than outside. The brutal tactics of the Safehaven "police" has spawned a resistance movement that tries to enlist the aid of the new arrivals.

The irregular Safehaven "police" are led by "Preacher" (Roy McArthur) and his main henchwoman "Narcisse" played by beautiful blonde model Tere Malson. Narcisse is a sadistic killer who likes to cut throats and makes some private "quality time" with hero "Jeff Colt" (John Wittenbauer) bound to a table, straddling him, and using a violet ray wand to shock his bare chest while cooing seductively to him. She unsnaps her black leather top and removes it. The sadist (now topless) takes out her knife but before she can use it, she is interrupted by a band of the rebels who rescue the guy. Narcisse escapes into the darkness.

Pursuing the villain Preacher to a building roof, Colt is caught around the throat by the bullwhip of Narcisse who stands on a stoop above him. He grabs the whip and jerks her off her perch. She lands on a sharp wooden stick that projects upward from a garbage can, impaling her through the back and out the front of her torso, killing her. 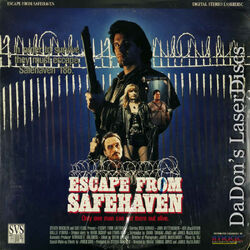 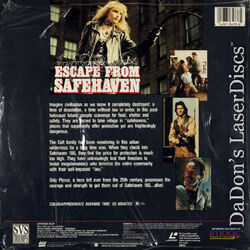 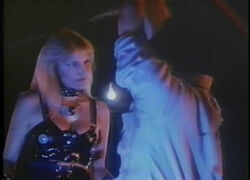 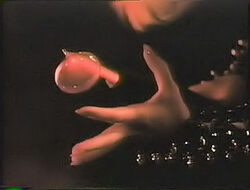 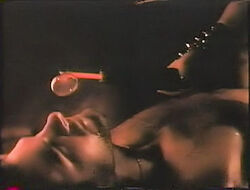 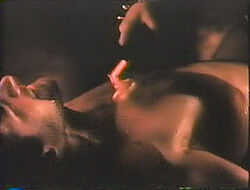 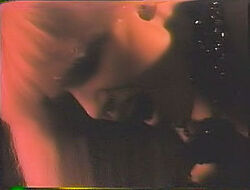 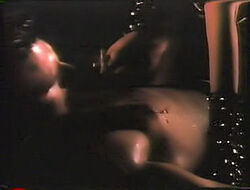 She removes her leather top, then the knife comes out! 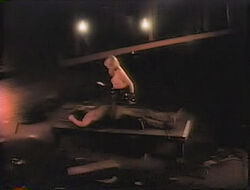 But her fun is interrupted by the rebels. 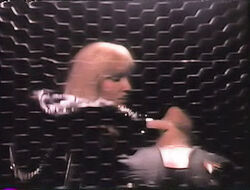 Narcisse cuts the throat of a rebel girl. 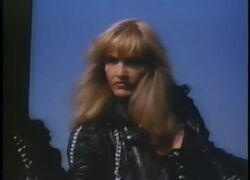 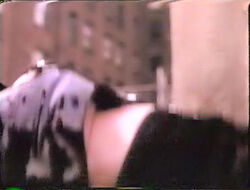 Narcisse is jerked off her precipice.... 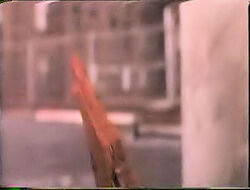 ... and lands on a sharp wooden spike. 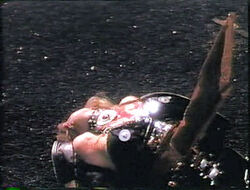 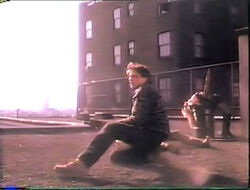 Narcisse taken care of, the hero blasts the villain. 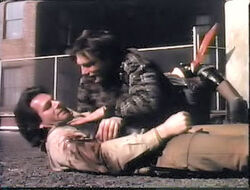 The skewered Narcisse in the background.
Add a photo to this gallery
Retrieved from "https://femalevillains.fandom.com/wiki/Narcisse_(Escape_from_Safehaven)?oldid=148685"
Community content is available under CC-BY-SA unless otherwise noted.