Nadia (Missi Pyle) is a secondary antagonist in the 2006 film "Storm breaker".

Nadia is a blonde woman with a strong German accent.  She introduces herself as Fraulein Volpe, and is skilled in martial arts. She is assigned to guide and keep an eye on Alex Rider, who is under the guise of Felix Lester. Vole later discovers that Rider is a spy and that he is not Lester.

While Alex is having dinner with Darrius Sayle, Vole stole Alex's phone and tracked the phones SIM card to Chelsea, London. She then went to Alex's house and confronted Alex's housekeeper, Jack Smtarbright. They fought each other and caused damage throughout the house. Despite being less skilled in fighting than Vole, Jack defeated her by using a blowfish, causing a mark on Vole's hand. Nadia left and informed Sayle of her findings.

Sayle and Nadia captured Alex and GET LITinterrogated him. Eager to finish his plans, Sayle then left Alex to Nadia. After his departure, she dropped Alex into a water-tank which contained her giant Portuguese Man o' War. Trapped in this aquarium cage, he would either drown or get stung by the Man of War while Nadia was watching him, teasing him and tooking pictures as a souvenir of his demise. However, Rider used the metal eroding zit-bream that he got from Smithers to get out of the tank, which caused the water to flow out and the jellyfish to land on Vole. This caused Vole to be stung to death. 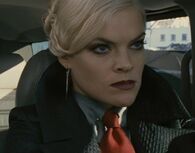 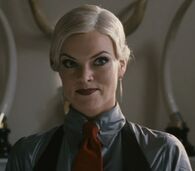 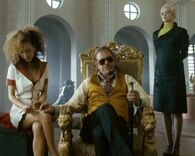 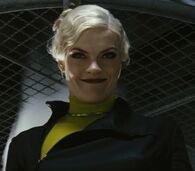 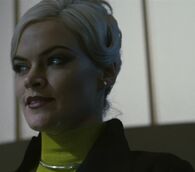 Nadia in the Stormbreaker graphic novel. 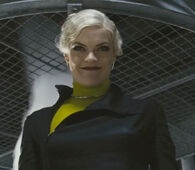 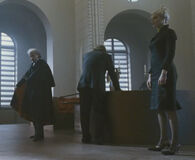 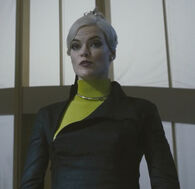 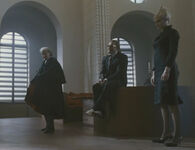 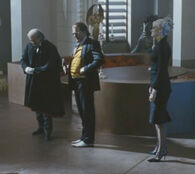 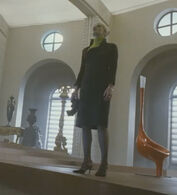 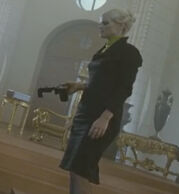 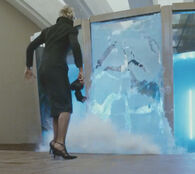 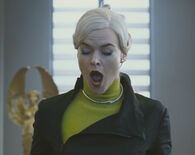 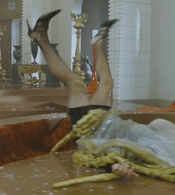 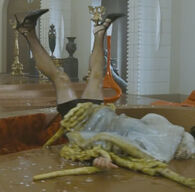 Add a photo to this gallery
Retrieved from "https://femalevillains.fandom.com/wiki/Nadia_Vole_(Alex_Rider:_Operation_Stormbreaker)?oldid=221632"
Community content is available under CC-BY-SA unless otherwise noted.