Start a Wiki
watch 01:51
The Loop (TV)
Do you like this video?
Mystopholes’ Assistant is a villainess from the cartoon Police Academy: The Animated Series. She appears in the 1988 episode The Tell Tale Tooth.

She is the unnamed assistant of The Magnificent Mystopholes, a hypnotist who plans on stealing The Cyclops' Eye, a diamond which is being brought to town to be exhibited. The diamond is said to be worth $10m, but Mystopholes only cares about its ability to be the most powerful hypnotic diamond in the world. With the diamond he would have unbelievable hypnotic power, and naturally the ability to rule the world. His assistant stays be his side and is an eager participant in helping him achieve his evil plans. She wears a magician style outfit with a purple jacket, and also wears purple high heel pumps, which helps show off her bare legs.

The diamond is being protected by the police, with 3 keys being needed to open the case holding it. Mystopholes convinces Officer Hightower, a police officer with a fear of dentists, that he can help cure his fear, and hypnotises him into visiting the dentist. There his evil assistant, disguised as a nurse, gives the unknowing dentist a gold tooth to fit into the officer’s mouth. The tooth can send and receive transmissions, and Mystopholes plans to use Hightower as a hypnotised henchman.

Mystopholes sends Officer Hightower to spy on his key-holding police officers and to retrieve their keys so that his assistant can make copies of them, and then put the originals back in place to avoid suspicion. They are successful in getting all 3 keys, but not so successful at avoiding suspicion, as one officer comes to the realisation that Officer Hightower’s strange behaviour first began when he visited Mystopholes. The villains become suspects and a showdown between them and the police occurs at the site of the diamond’s location. Mystopholes manages to hypnotise the police into acting like animals, which provides some entertainment for his assistant, who has a good laugh at their expense. However, Mystopholes is ultimately defeated by the police and is later confirmed to have been arrested off screen. His assistant was last seen enjoying the sight of the police acting like animals, but she too presumably shared a similar fate to Mystopholes. 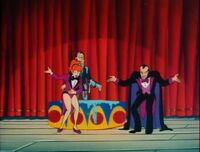 Mystopholes and his assistant take a bow at a show 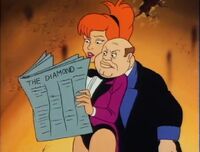 She learns that the diamond is to be exhibited in town 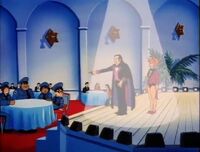 At a show with police in the audience 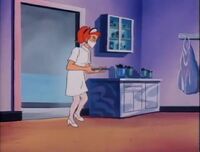 She disguises herself as a nurse and switches the tooth... 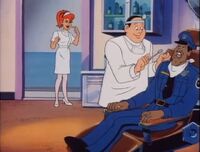 ...and makes sure the oblivious dentist fits it to Officer Hightower 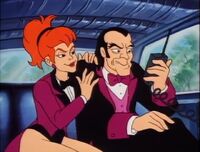 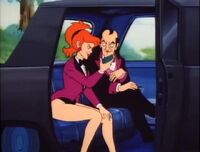 He sends her to make a copy of the key... 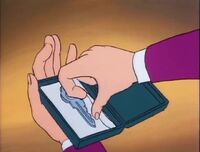 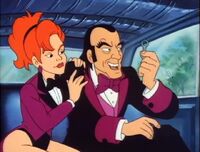 In possession of a copy of the first key 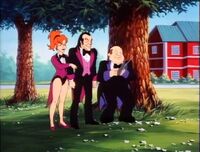 Getting ready to get a copy of the second key... 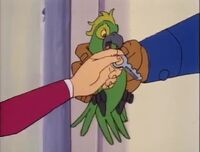 ...which she finds around the neck of a parrot... 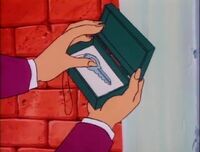 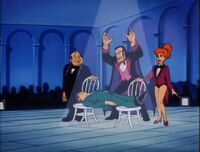 Mystopholes and his assistants at another show 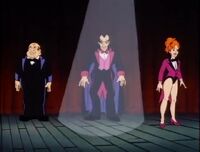 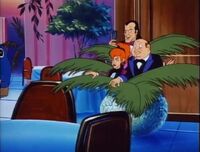 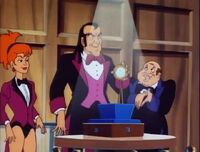 Mystopholes finally has possession of the diamond 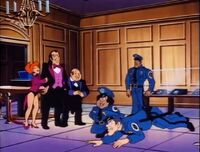 She enjoys watching the hypnotised officers make fools of themselves
Add a photo to this gallery
Retrieved from "https://femalevillains.fandom.com/wiki/Mystopholes%E2%80%99_Assistant_(Police_Academy:_The_Animated_Series)?oldid=82314"
Community content is available under CC-BY-SA unless otherwise noted.