Start a Wiki
watch 01:48
The Loop (TV)
Do you like this video?
Myra (Ulla Strömstedt; 1939-1986) was a villainess from "Diamonds in the Rough," episode 2.03 of Hogan's Heroes (airdate September 30, 1966). She entered Stalag 13 delivering milk to the prisoners and passes a note to Carter to give to Hogan, which had details on their latest mission. Hogan meets Myra on their way, but at that moment, she points a gun at Hogan and reveals herself as a Gestapo agent. She then orders Hogan to drop his weapon and call the rest of the Heroes over to them, threatening to shoot him if he doesn't comply. Myra reports them to her superior, Major Hegel, who blackmails Hogan into getting him $1,000,000 in diamonds for his silence. Though not shown in the episode, Myra was killed by Hegel; with the confirmation coming from Hegel after he is handed the diamonds, which (unbeknownst to Hegel) were fakes. 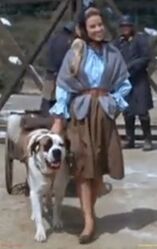 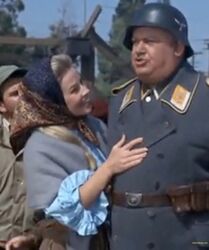 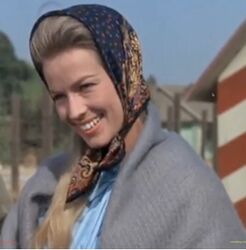 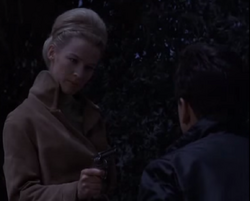 Myra revealed as a Gestapo agent 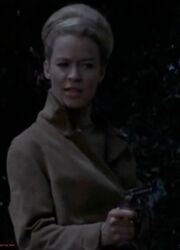 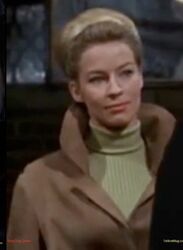 Add a photo to this gallery
Retrieved from "https://femalevillains.fandom.com/wiki/Myra_(Hogan%27s_Heroes)?oldid=181024"
Community content is available under CC-BY-SA unless otherwise noted.