Ms. Valenti is the owner of a beauty shop, where Vicki works and Laurel and Cindy visit. In actuality, Ms. Valenti is revealed to be a witch, possibly centuries old, and she was looking to retain her youth by turning young girls into dogs. Though not shown in the opening scene, Ms. Valenti worked her evil magic on a girl named Tannis, and she did the same to Vicki. She handed Vicki her mirror, which had hypnotic powers, and then gave her a mysterious potion, which turned Vicki into a dog.

Ms. Valenti later targeted Laurel, who returned with Cindy to get her watch back, and it was there that Cindy learned the truth about Ms. Valenti when she saw her true, aged form in her compact. Cindy managed to escape with Laurel, but it was too late; Laurel fell under Ms. Valenti's spell and drank the potion, transforming into a dog just as Vicki and Tannis did. At that moment, the evil Ms. Valenti appeared, satisfied at her accomplishment, as she planned to consume the dogs' tongues to retain her beauty and youth. Cindy stopped her ritual, threatening to destroy the mirror if her friends weren't returned to normal. Ms. Valenti attempted to manipulate Cindy as she did the others, but Cindy stated that she wanted her friends back, and smashed the mirror, causing Ms. Valenti to literally age away to dust. As a result, Tannis, Vicki, and Laurel were returned to normal. 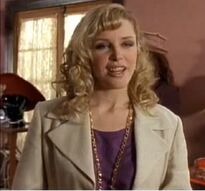 Ms. Valenti in her normal guise 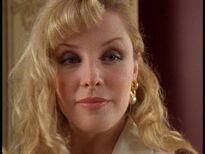 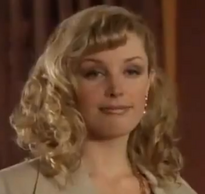 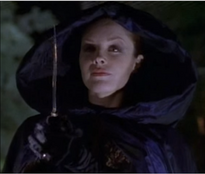 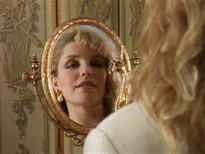 Add a photo to this gallery
Retrieved from "https://femalevillains.fandom.com/wiki/Ms._Valenti_(Are_You_Afraid_of_the_Dark%3F)?oldid=187891"
Community content is available under CC-BY-SA unless otherwise noted.