Start a Wiki
watch 14:21
The Loop (TV)
Do you like this video?
Ms. Marlowe (Allison Mackie) is a secondary antagonist in the 1994  horror film "Lurking Fear".

Ms. Marlowe was the henchwoman for Bennett (John Finch), a cutthroat ganster.  They arrive at a church in Leffert's Corner, to take the money of John Martense (Blake Adams).  Martense has just recently been released from prison, and is in search of his father's long lost buried treasure.  However, it is being guarded by a bunch of cannibalistic monsters hiding beneath the local cemetery.

Ms. Marlowe has martial artist fighting skills.  She begins by kicking Cathryn Farrell (Ashley Laurence) into submission and then holds her hostage with her pistol.  She then is put in charge of several more prisoners.

However, Cathryn is able to reverse her fortunes, and take Ms. Marlowe's gun away.  She is tied up with her own belt and put down on the ground.  Later she asks for and receives a complimentary smoke, which she uses to once again reverse her fortunes and take control of her gun again.

In the end, she has a final showdown with Cathryn in the churches cemetery.  A major catfight takes place in the pouring rain.  At first, it appears that Ms. Marlowe is going to easily defeat Cathryn, and she tells her that she "must be a lousy lay....no energy".

However, after slipping away, Cathryn is able to locate the gun on the ground.  Ms. Marlowe taunts Cathryn, telling her that she "doesn't have the guts to really shoot anybody".  To this, Cathryn answers, "You're right", and she shoots the dinamite attached to a nearby tombstone, which blows up the evil villainess. 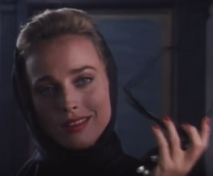 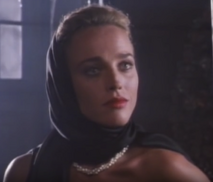 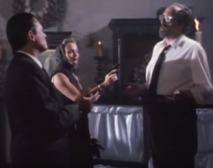 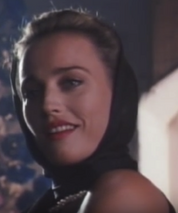 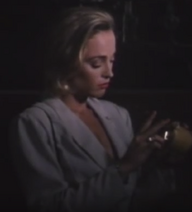 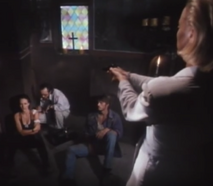 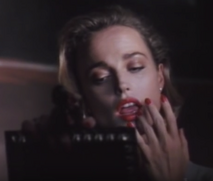 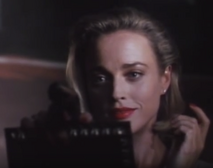 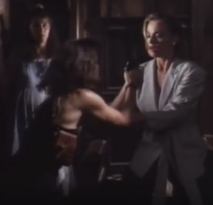 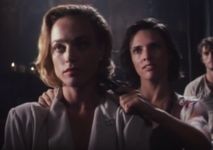 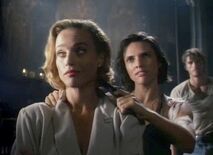 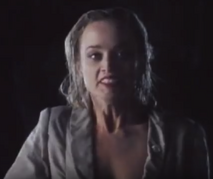 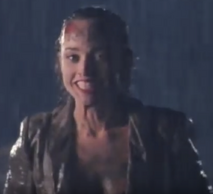 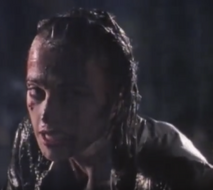 Add a photo to this gallery
Retrieved from "https://femalevillains.fandom.com/wiki/Ms._Marlowe_(Lurking_Fear)?oldid=164783"
Community content is available under CC-BY-SA unless otherwise noted.