Ms. Gradenko (Teri Hatcher) is a villainess from the 2001 movie Spy Kids. In her first appearance at the Cortez safe house, she posed as an agent of the OSS who was sent to protect the main protagonists Carmen and Juni Cortez, tricking the children into showing her The Third Brain (which her villainous boss is after) and giving Carmen a bracelet secretly outfitted with a tracking device. After learning her true nature, Carmen and Juni got into a brief struggle with Ms. Gradenko and her minions, but were able to escape. She also had an unfortunate incident with a jet pack that burned off most of her hair.

Ms. Gradenko returned to her boss Floop's castle and was overjoyed to see the army of robot children that had been created by the villain. But her reaction later turned to horror as the robot children were turned against her and her cohorts, resulting in them being attacked by them. 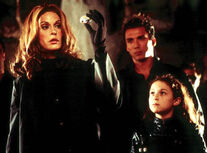 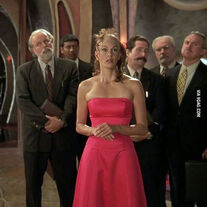 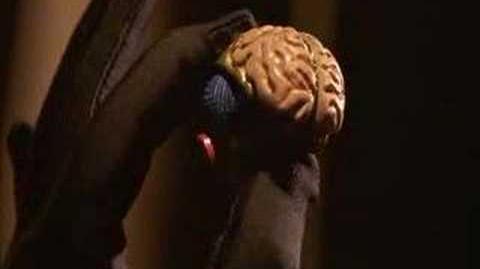 Hatcher in Spy Kids
Add a photo to this gallery
Retrieved from "https://femalevillains.fandom.com/wiki/Ms._Gradenko_(Spy_Kids)?oldid=206131"
Community content is available under CC-BY-SA unless otherwise noted.