Start a Wiki
watch 01:48
The Loop (TV)
Do you like this video?
Mrs. Delicious (Brenna Roth) is the primary antagonist of Troma's 2009 heavy metal horror film "Heavy Mental: A Rock-n-Roll Blood Bath".

Mrs. Delicious is the leader of Mrs. D's Sexy She-Thugs .

Mrs. Delicious loves money and hates heavy metal music, and uses her many minions to "solve" both issues. When catching wind that the "Battle of the Bands" will be held at a local bar which she owns, she schemes to blow it up at the climax of the performace in order to collect the insurance money.

She is defeated when hero "Monster Ace" jams an amp cord into her temple and wails on his guitar, causing parts of her body, and then head, to explode. 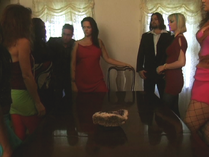 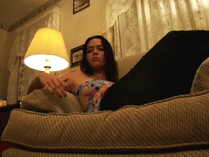 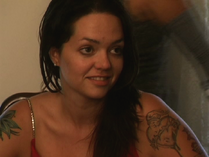 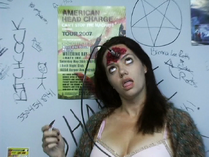 Add a photo to this gallery
Retrieved from "https://femalevillains.fandom.com/wiki/Mrs._Delicious_(Heavy_Mental)?oldid=193486"
Community content is available under CC-BY-SA unless otherwise noted.