The Female Villains Wiki
Register
Don't have an account?
Sign In
Advertisement
in: 1980s, Choker Necklace, Eternal Youth,
and 16 more

The sorcerer Merlin (Nicol Williamson) retrieves Excalibur from the Lady of the Lake for King Uther Pendragon (Gabriel Byrne).  With it, Uther secures a brief allienace with Gorlois, the Duke of Cornwall (Corin Redgrave), but Uther's lust for Cornwall's wife Igayne (Katrine Boorman) soon ruins the truce.  Merlin agrees to help Uther seduce Igayne on the condition that Uther gives Merlin whatevr results from his lust.  Merlin transforms Uther into Cornwall's likeness with the Charm of Making.  Corwall's daughter Morgana senses her father's death in an assault on Uther's camp.  Igayne is fooled by the disguise, and Uther impregnates her.  Only the devastated Morgana knows the truth and hates Merlin and Arthur ever since.

Nine months later, Merlin takes Uther's son Arthur (Nigel Terry).  Uther pursues but is mortally wounded by Gorlois's knights.  Uther thrusts Excalibur into a stone, and Merlin proclaims that "he who draws the sword from the stone, he shall be king."

Years later, Sir Ector (Clive Swift) and his sons Kay (Niall O'Brien) and Arthur attend a jousting tournament.  The victor, Sir Leodegrance (Patrick Stewart), wins a chance to try pulling Excalibur from the stone, but he fails.  Kay's sword is later stolen, and Arthur pulls Excalibur after failing to stop the thief.  Word spreads, and Merlin announces to the crowd that Arthur is Uther's son and hence the rightful ruler.

Leodegrance immediately proclaims his support for the new king, but not all are willing to accept.  While the others argue, Merlin and Arthur enter the forest, and Merlin tells the boy that he is the rightful king, and that he and the land are one.  Overwhelmed, Arthur falls into a long sleep.

When he wakes, Arthur comes to aid Leondegrance, whose castle is under siege by Arthur's enemies.  During the battle, Arthur asks Sir Uryens (Keith Buckley) to knight him, and hands him Excalibur to do so.  Uryens is tempted to strike the boy down, but, deeply moved by Arthur's display of faith, Uryens knights the boy, then falls to his knees and declares loyalty, leading the others to follow suit.

Soon after, Arthur meets Leodegrance's daughter Guenevere (Cherie Lunghi) and is smitten, but Merlin forsees this leading to future problems.

Years later, the undefeated knight Lancelot (Nicholas Clay) blocks a bridge and will not move until he is defeated in single combat, seeking a king worthy of his sword. Lancelot defeats Arthur and his knights. Arthur summons Excalibur's magic and defeats Lancelot, but the sword breaks. Arthur, ashamed of abusing the sword's power to serve his own vanity, throws the sword's remains into the water. The Lady of the Lake offers the restored blade to the king. Arthur vows never to abuse the sword's power again, and Lancelot is revived.

Arthur and his knights unify the land. Arthur creates the Round Table, builds Camelot, and marries Guenevere. Lancelot confesses that he, too, has fallen in love with her. Arthur's half-sister, Morgana, a budding sorceress now and silently bitter towards Arthur and Merlin for what happened in her childhood, becomes apprenticed to Merlin in hopes of learning the Charm of Making from him as part of her revenge plan.

Lancelot stays away from the Round Table to avoid Guenevere. On an excursion, he meets Perceval (Paul Geoffrey), a peasant boy, and takes him to Camelot to become a squire.

Sir Gawain (Liam Neeson), under Morgana's influence, openly accuses Lancelot and Guenevere of adultery. Lancelot must duel Gawain to defend his and Guenevere's honor. The night before, Lancelot duels himself in a nightmare and awakens to find himself wounded by his own sword. Arthur hastily knights Perceval when Lancelot is late to the duel, but Lancelot appears just in time. He defeats Gawain but nearly dies from his wounds.

Merlin heals him, and he rides out to the forest to rest. Guenevere realizes her feelings for Lancelot and they consummate their love in the forest. Meanwhile, Merlin lures Morgana to his lair to trap her, suspecting her plots against Arthur. Arthur finds Guenevere and Lancelot asleep together. Heartbroken at their betrayal, he thrusts Excalibur into the ground between the sleeping couple. Merlin's magical link to the land impales him on the sword, and Morgana seizes the opportunity to trap him in a crystal with the Charm of Making. Morgana takes the form of Guenevere and seduces Arthur like Uther seduced Igraine. On awakening to the sight of Excalibur, Lancelot flees in shame and Guenevere lies weeping.[1]

Morgana bears a son, Mordred (Robert Addie).  Because of the boy's "unholy" origin in incest, a curse descends upon Arthur and the land is striken with famine and sickness. A broken Arthur sends his knights on a quest for the Holy Grail in hopes of restoring the land. Many of his knights die or are bewitched by Morgana.

Morgana captures Perceval, who narrowly escapes. Later Perceval encounters a bearded man with armor under his tattered robes who preaches to followers that the kingdom has fallen because of "the sin of Pride". A shocked Perceval recognizes the man as Lancelot. After Perceval fails to convince Lancelot to come to Arthur's aid, Lancelot and his followers throw Perceval into a river. Perceval has a vision of the Grail, during which he realizes that Arthur and the land are one. Answering the riddle, he attains the Grail and takes it to Arthur, who drinks from it and is revitalized, as is the land, which springs into blossom.

Arthur finds Guenevere at a convent, where they reconcile. She gives him Excalibur, which she has kept safe since the day she fled.

Frustrated in preparation for battle against Morgana's allies, Arthur calls to Merlin, unknowingly awakening the wizard from his enchanted slumber. Merlin and Arthur have one final conversation before Merlin vanishes. The wizard then appears to Morgana as a shadow and tricks her into uttering the Charm of Making, producing a fog from the breath of the Dragon, and exhausting her own magical powers which had kept her young. She rapidly ages, and her own son, not recognising his own mother, kills her. 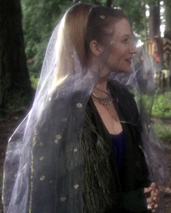 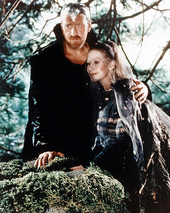 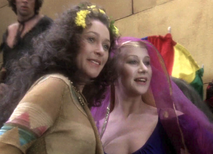 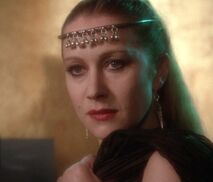 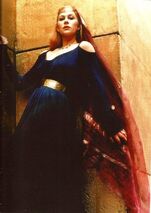 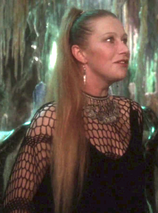 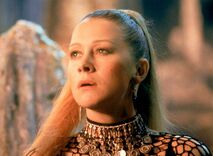 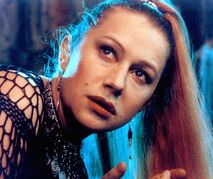 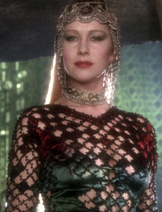 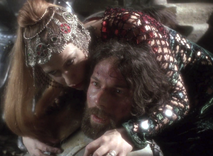 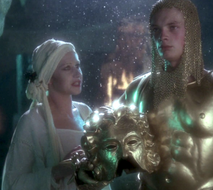 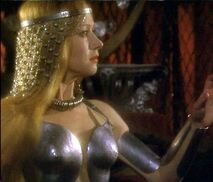 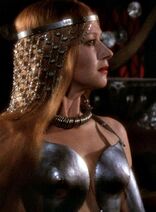 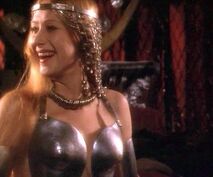 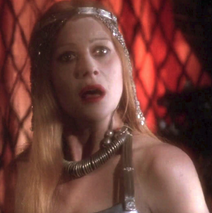 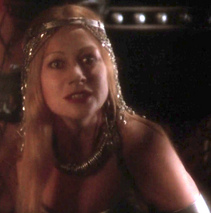