Morgana is the main antagonist in the episode "Morgana’ Revenge", alternatively titled as ’"Pegasus’ Odyssey" from the 1978 animated tv series The Freedom Force. She is a cruel and beautiful sorceress who wants revenge on Hercules for breaking up with her when he discovered she was evil.

Morgana uses her magic to appear as three electrified flowers, flying through the sky and luring Pegasus, Hercules’ horse, to her gloomy castle. However, Hercules calls Pegasus back for help and he flies back. Morgana then reveals herself and curses Hercules.

Later, Hercules holds a golden medallion given to him by Morgana and tells Merlin of his past. He was deeply in love with a beautiful woman named Morgana until he discovered she was an evil witch. He then decides to get rid of the horse medallion, But Pegasus, overhearing, thinks it is about him and flies off, upset.

Later, he goes down to get some water, and sees the three flowers hovering around the river. Morgana (disguised as the flowers) dips into the water, casting a spell on it and Pegasus drinks from it, immediately turning to stone. She laughs wickedly about getting her vengeance on Hercules and gets her minions to carry the statue away, placing it with the statues on the top of her castle. Hercules and Merlin use Merlin’s magic circle to see where Pegasus is. They see the stone horse and Morgana laughing wickedly. Hercules decides to confront the villainess alone.

When he gets there, Hercules compliments Morgana by saying she is as beautiful as ever—and as evil. Morgana retorts by saying he is as handsome as ever—and as foolish! Hercules tries to get her to return Pegasus by giving her anything she desires, but she says that the only thing she has ever wanted is his love. Hercules offers himself as her slave in return for the freedom of Pegasus. Overjoyed cruelly by the idea of Hercules being her permanent slave, Morgana frees Pegasus, who flies off and alerts the others. Morgana orders Hercules to destroy the ‘eyesores’ (she means flowers) from her garden.

Later, Morgana comes out and is horrified to see him uprooting a leafless, lifeless tree. She screams at him and then the Freedom Force attack. Isis turns Morgana’s gloomy castle into a beautiful, shining castle and the wicked sorceress screams at her, telling her that she made it hideous. She sends the gargoyles after the heroes, but they dodge and the gargoyles accidentally crack each-other.

Running up to the tower, Morgana notices that the power flame (her source of power) is at its highest and she decides to destroy them all. However, Sinbad notices the fire and sends water up to the tower. The flame isn’t extinguished completely but Morgana is now soaking wet. Humiliated, the sodden villainess orders them out of her castle. 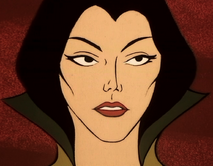 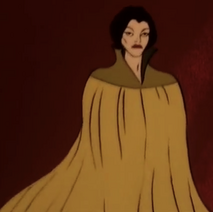 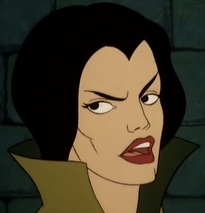 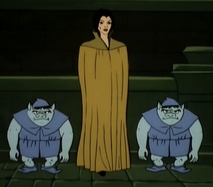 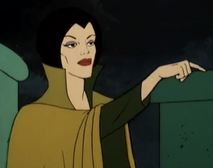 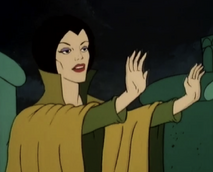 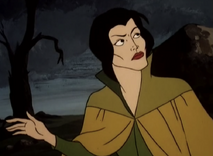 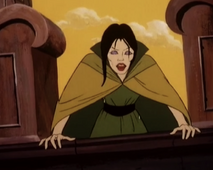 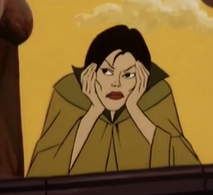 Add a photo to this gallery
Retrieved from "https://femalevillains.fandom.com/wiki/Morgana_(The_Freedom_Force)?oldid=197719"
Community content is available under CC-BY-SA unless otherwise noted.