Faye Morgana was a powerful sorceress who sold her services to the Nazis during World War II. She was assigned the task of sabotaging American factories and destorying the heroes known as Sword and Lancer.

She was eventually captured after she attempted to betray a villain named the Genius. Morgana used her magical powers very sparingly, but they included powerful telekinetic abilities. She more often relied on her henchmen and conventional weapons. She sometimes carried a whip. In Europe, she commanded a small army of hooded Nazi cultists. When she came to America, she brought The Hun and The Goth with her as her henchmen. 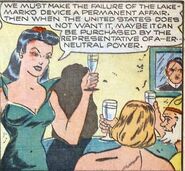 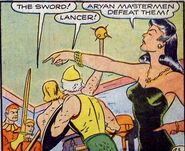 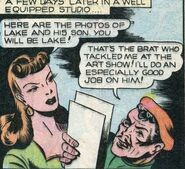 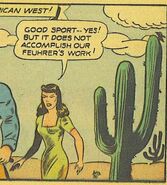 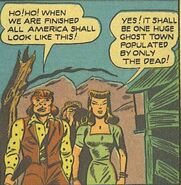 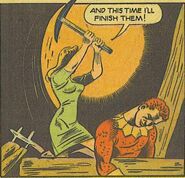 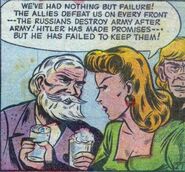 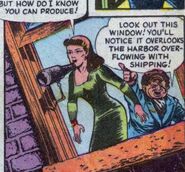 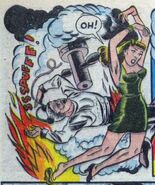 Add a photo to this gallery
Retrieved from "https://femalevillains.fandom.com/wiki/Morgana_(Super-Mystery_Comics)?oldid=183803"
Community content is available under CC-BY-SA unless otherwise noted.