Morgana is the villainess of the 1999 fantasy film Arthur's Quest, played by Catherine Oxenberg. She is a beautiful but evil medieval sorceresses who goes after the young King Arthur to the modern day America.

Morgana, who had been an apprentice of Merlin, betrayed and killed Arthur's father, but Merlin escaped with the young child Arthur in time to the late 20th century. Morgana follows them and herself arrives in North Valley, California, over a decade years later with two of her Black Knights, seeking the missing magic sword Excalibur she needs to rule the world and that only Arthur can get and give her.

Assuming the guise of a substitute principal Miss Blackheart, Morgana tries to seduce the now 15-year-old Arthur in his school but fails, foiled by his girlfriend Gwen. She is further thwarted by the intervention of Merlin, who is in love with Arthur's adoptive mother. But Merlin cannot defeat her alone.

Morgana then kidnaps Gwen and his foster mother, revealing her identity to Arthur and demanding the Excalibur. But then Arthur, accepting that he is indeed the legendary King Arthur, defeats the witch in a duel as she is magically destroyed when he activates the good power of the very sword that she desired. 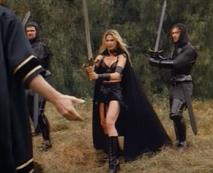 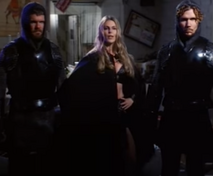 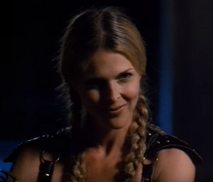 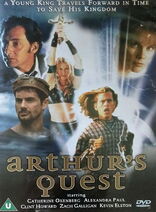 Add a photo to this gallery
Retrieved from "https://femalevillains.fandom.com/wiki/Morgana_(Arthur%27s_Quest)?oldid=210670"
Community content is available under CC-BY-SA unless otherwise noted.