Morgan le Fay is a fictional supervillain appearing in American comic books published by Marvel comics The character, is loosely based Arthurian legend. Her elven heritage granted her immortality, and she used this time to master the mystic arts. She occasionally tries to take over the world. She has been an opponent of The Avengers. She is a former lover of Doctor Doom.

Morgan Le Fay was born in Tintagel Castle, in Cornwall, England, in the days of Camelot, in the 6th century A.D. She became a high priestess, and the leader of the 6th century cult as well as Queen of Gorre (a section of Britain).

During this time, Morgan Le Fay was visited by a supervillain from the future named Doctor Doom to enlist her in helping wrest his mother's soul from Hell. Le Fay agreed on the condition that Doom become the general of her army, undead warriors of those slain by the sword Excalibur against her half-brother King Arthur. Iron Man defeated le Fay causing her to flee to another realm. Doom swore vengeance on Iron Man for this, vowing to see the hero dead.

Doctor Doom is revealed to be in a sexual/romantic relationship with le Fay, traveling back to the past in order to carry on liaisons with her. Le Fay has told Doom to bring her back something "of value" as a gift the next time he comes to her time or not to come back at all. He later returns, asking for her help in creating an army of loyal inhuman warriors. She asks what she gets in return, to which Doom asks her what she wants, to which her response is currently unknown as Doom reappears in the present with his arm. Later, le Fay is seen sadly looking out her window for the return of Doom, who has been defeated and incarcerated by the Avengers.

During the Dark Reign storyline, Morgan appears in Dark Avengers as the team's first nemesis. At first, she attempted to kill Doom when he was a child, but then decided to go ahead several decades, so that Doom could fully know why she was going to kill him, and engaged Doom in magical combat. As Doom begins to lose, a HAMMER soldier calls Osborn, and the Dark Avengers arrive to rescue Doom. The Sentry tears off her head, but she subsequently reappeared in his place. She is killed again by the new Hawkeye, but she reappears again. She and her demons are seen fighting the Dark Avengers, while Doom and Iron Patriot travel back in time to kill her in her own time. 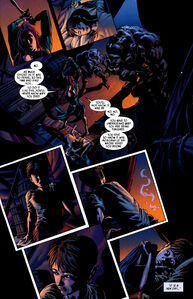 About to stab kid Doom 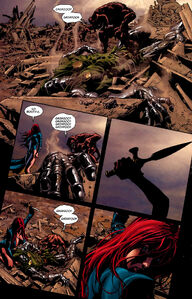 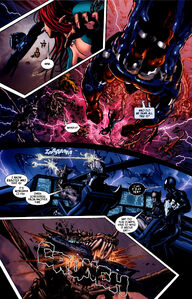 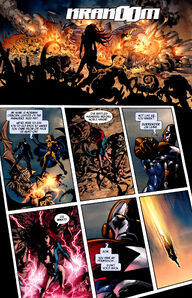 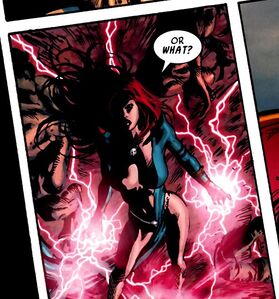 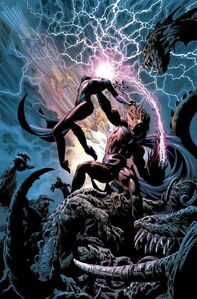 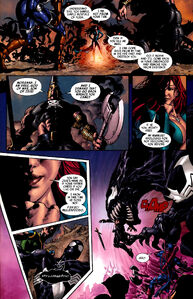 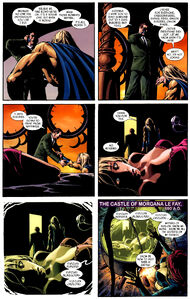 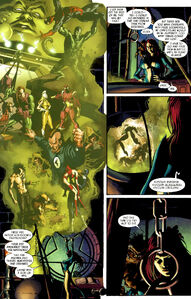 Telling her monkey she'll try hard not to die 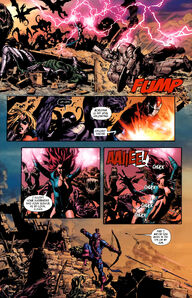 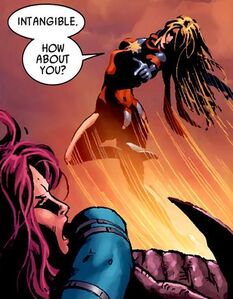 Off her high dragon 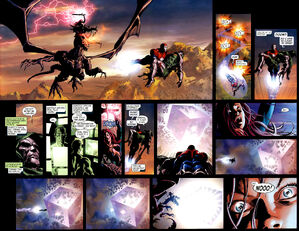 Screaming: "No!"
Add a photo to this gallery

However, when they arrive, after an unsuccessful magical assault on the two men (due to the considerable amount of iron in their armor suits, the one substance her faerie enchantments cannot affect), she reveals to Osborn her knowledge that Doom plans to betray her and that if they kill her, it will affect Doom's own lifeline, claiming Doom will fall to his nature and betray Osborn; Doom responds by chanting a spell of a language that even she possesses no knowledge to forcibly send the sorceress into her own enchanted cauldron, despite her screams and pleas. Though Morgan lives, she is sent to 1,000,000 BC where she runs from a tribe of cavemen fighting a Tyranosaurus, Doctor Doom magically restores Latveria and the revived Dark Avengers head back to America. 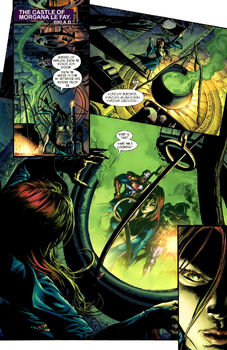 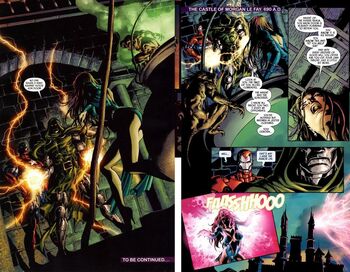 Arrogantly boasting that she studies all her opponents... 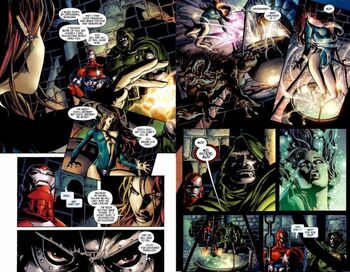 ...only to have her opponents study her and be immune to her charms. Sent groveling back into her own cauldron while screaming "No,Victor. No!" 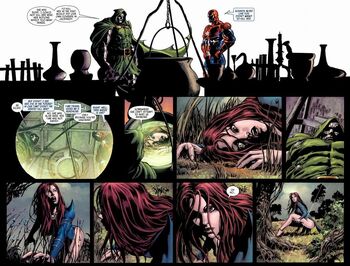 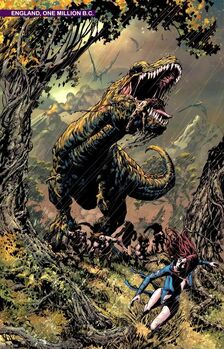 In Other Media[edit | edit source] 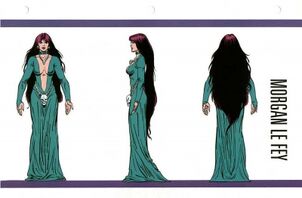 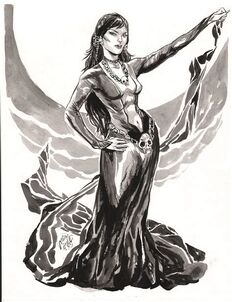 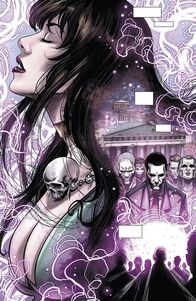 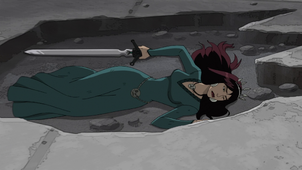 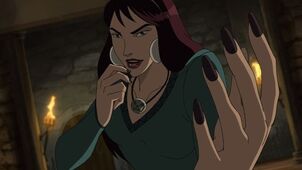 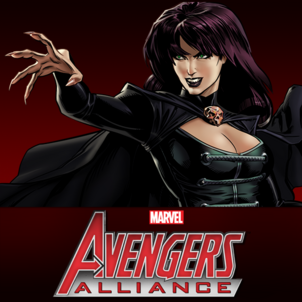 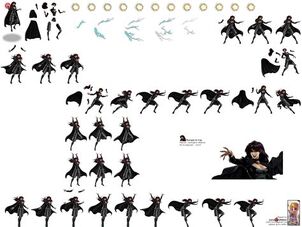 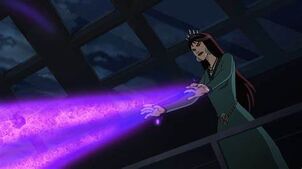 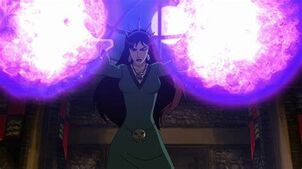 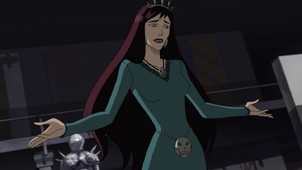 Add a photo to this gallery
Retrieved from "https://femalevillains.fandom.com/wiki/Morgan_le_Fay_(Marvel_Comics)?oldid=179849"
Community content is available under CC-BY-SA unless otherwise noted.