Momomi is Momokitchi Momoi's daughter. A very beautiful, large-breasted woman, Momomi is also very violent, often killing people on a whim. On all versions, she appears naked in a shower scene, which show her breasts and labia. To cross this woman would be considered suicide.

The instances of Momomi's talent for murder and violence are many. One rumor has it that she celebrated her tenth birthday by killing someone. Another rumor says her favorite color is red... blood red. Her room decor could be described as "psychotic panda", which is a wide-eyed cartoon giant panda. In the anime, she killed the manager and the pitching coach of the Peach Twisters for threatening to leak scandalous stories about Momomi (presumably about her lesbian relationship with Sakura Sakarada, her lover in Mezzo DSA). And after Momokichi was kidnapped by the D.S.A., Momomi responded by taking an automatic pistol and killing her father's bodyguards for failing to do their jobs. 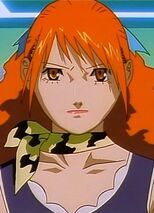 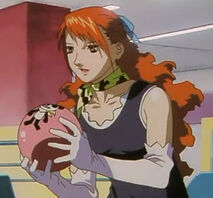 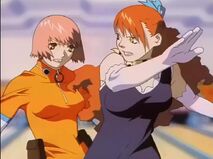 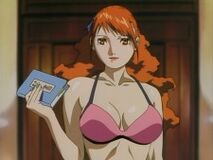 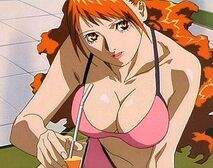 Add a photo to this gallery
Retrieved from "https://femalevillains.fandom.com/wiki/Momomi_Momoi_(Mezzo_Forte)?oldid=182607"
Community content is available under CC-BY-SA unless otherwise noted.