Mitsuki is Sekirei #39 in the first season of animation Sekirei, who debuts during the first round of the stage three battle of the Sekirei Plan.

Mitsuki is a Sekirei with long blond hair. She wears black stockings, a black western styled dress with one yellow vertical stripe in the middle of it.[1]

She uses multiple strings made by the MBI to constrict her opponents or using them as a net as shown when she caught her falling Ashikabi with it.[1]

In order to present the beauty before eclosion to the royal son, he also pursued the beauty called " zhuozin" with the beauty of "nan" but failed due to the interference of burning.  After that, she was searching for other sekireis before feathering emergence. But she ruthlessly challenge the enemy that's much stronger than her, and was cut off right away, stop functioning.[2] 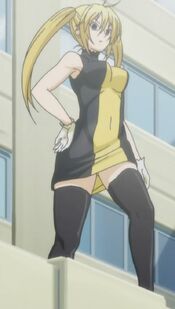 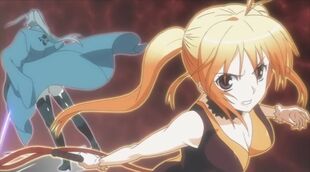 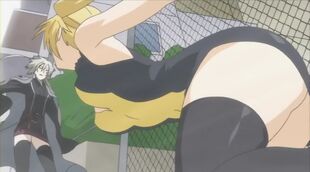 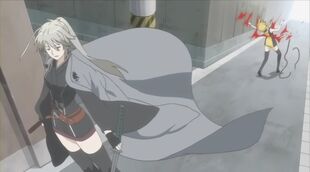 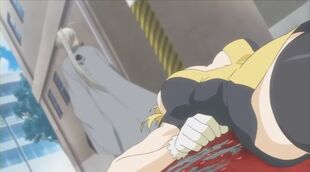 Add a photo to this gallery
Retrieved from "https://femalevillains.fandom.com/wiki/Mitsuki_(Sekirei)?oldid=127436"
Community content is available under CC-BY-SA unless otherwise noted.