Miss Dietrich (Christiane Schmidtmer) was the warden in 1971 film, THE BIG DOLL HOUSE.

The buxom blonde warden of the jungle prison was a two-face: While seemingly friendly and helpful to her girl prisoners, she was later unmasked as the shadowy, voyeuristic mystery figure overseeing the tortures of prisoners in the dark chamber.

Once exposed and made captive herself, she gives a vile "Nazi" speech to her escaping captors whom she calls "an infection that must be wiped out!".

At the climax, the prison guards surround the escapee's truck halted in the jungle and in a hail of bullets, most of the prisoners are killed and the truck's gasoline tank punctured. A lighter thrown by a wounded prisoner sets off the gas and Miss Dietrich (unhit but still chained in the truck) is burned alive. 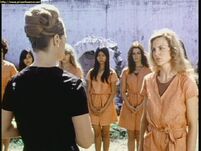 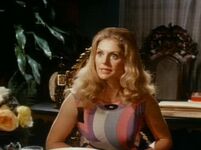 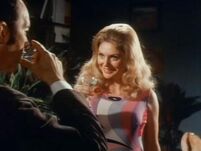 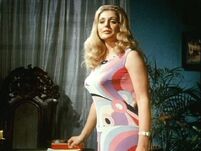 "Have another brandy, doctor... while I take care of some... business."

Her assets are clear visible... 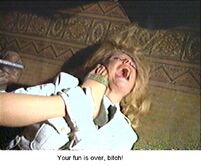 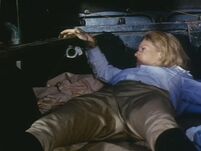 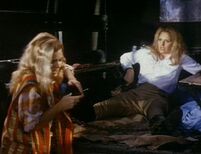 The warden's gun was empty! 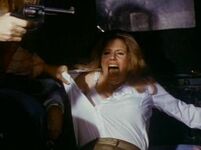 Let's give those puppies some air! 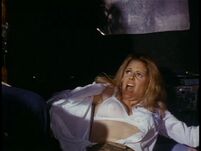 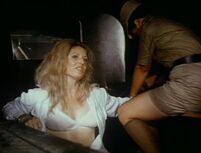 The warden thinks she is back in control. 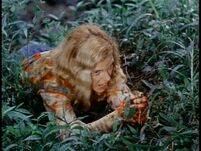 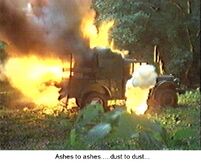 The warden screams horribly as she is burned alive, still chained in the truck.
Add a photo to this gallery
Retrieved from "https://femalevillains.fandom.com/wiki/Miss_Dietrich_(The_Big_Doll_House)?oldid=197178"
Community content is available under CC-BY-SA unless otherwise noted.