Throws a tantrum when Nick chooses the twins over her, throws her engagement ring at him, and leaves California for good (though this is unseen).
Meredith Blake (Elaine Hendrix) is the main antagonist of the 1998 remake of "The Parent Trap".

Meredith is a gold digger who plans on marrying Nick Parker (Dennis Quaid).  She is first seen when Nick's twin girls, Annie and Hallie switch places. She is a San Francisco publicist hired to do some publicity for Nick's vineyard. They soon are engaged. Meredith and her assistant named Richard, secretly plot to send "Hallie" off to boarding school in Timbuktu.  Meredith finds that Annie and Hallie are twins at the swimming pool.

Later, Elizabeth James, Nick's ex-wife, convinces Nick to take Meredith camping. Because Meredith isn't used to altitude of the mountains, the twins play a trick on her by putting a lizard on her water bottle and rocks in her backpack. She is handed the bottle and freaks out at the sight of the lizard. Then, as she threatens to make the twins' lives miserable starting the day she gets married if they pull another trick on her, one of them calls her "Cruella". Meanwhile, one of them has put a lizard on her head, and she freaks out when she finds it, and it crawls into her mouth, causing her to choke.

That night, Meredith reveals that she doesn't eat trout and ends up being bitten by mosquitos after being given a bottle of sugar and water from the twins. After she gets into her tent to sleep, Annie and Hallie pull her mattress out and push it into the lake. The next morning, as she wakes up, she finds a bird perched on her and ends up screaming. She also does so when she finds out her mattress is on the water, and falls off of it. Soaking wet, she kicks a pot and angrily tells Nick that the day they get married is the day she ships "those brats" off to Switzerland. She then demands him to choose between her and the twins, and he, realizing her true nature, chooses the latter. She angrily freaks out in a tantrum and calls off the engagement, throwing her engagement ring at his head. It is unknown what happens to her next. It is likely that either her parents or Richard came and picked her up and she left California for good. 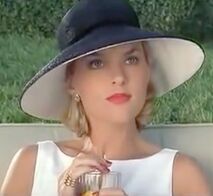 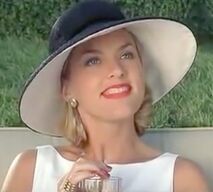 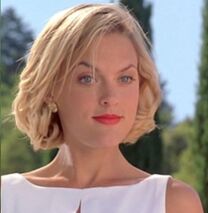 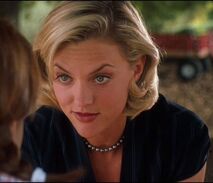 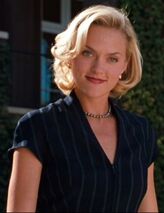 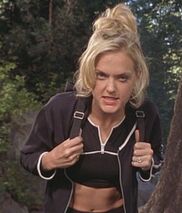 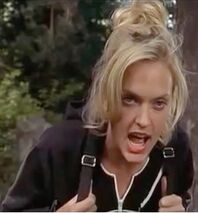 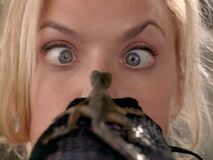 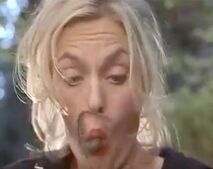 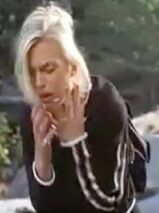 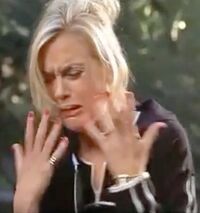 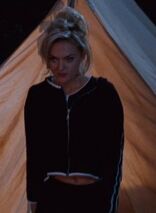 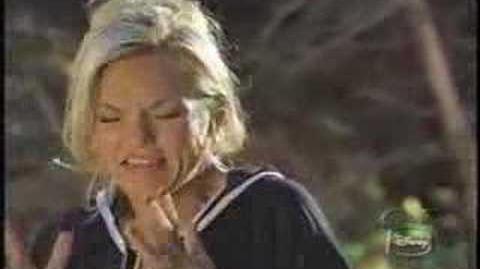 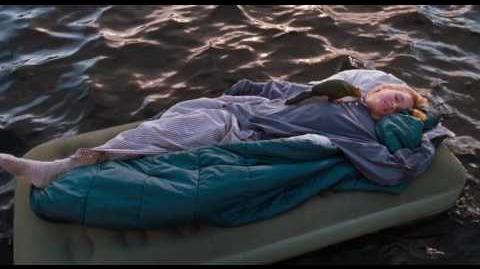 The Parent Trap - The Final Trap for Meredith (HD)
Add a photo to this gallery
Retrieved from "https://femalevillains.fandom.com/wiki/Meredith_Blake_(The_Parent_Trap)?oldid=214445"
Community content is available under CC-BY-SA unless otherwise noted.