Mega Volta uses a consortium of criminals to threaten Mega Mindy (Free Souffriau), the heroine.  She assembles this lot at Miss Volta's power plant, and constructs a device to trap the cumbersome hero in an energy field and trap her powers.  In the process, Volta is converted into her own powerful Mega Volta in order to battle Mindy. They have a catfight and Mega Mindy appears to have the physical advantage yet Volta uses her trickery to even the score.

As Mega Volta tries to blast the superherione, plans are foiled as her electric gun gets reflected back at her and her eyes widen in shock. Her confidence and sleek hair both vanish to be replaced with ditzyness and fried hair. The villainess is completely humiliated in a helpless state as the police arrest her.

Later we see her dressed back in her original clothes and tied up by rope with the rest of her gang. 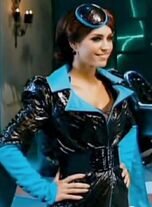 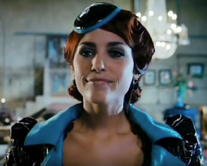 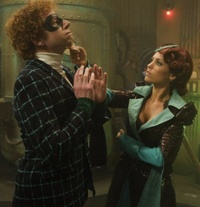 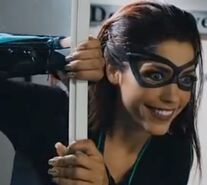 Mega Volta thinking nothing can stop her now 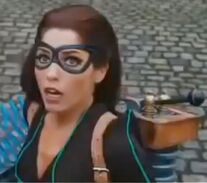 The beam hits her with full force 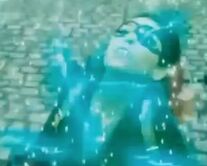 The once powerful Mega Volta is fried crisp, barely able to walk

Her hair and make-up all ruined by her own weapon 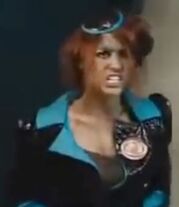 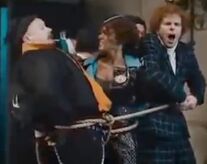 Add a photo to this gallery
Retrieved from "https://femalevillains.fandom.com/wiki/Mega_Volta_(Het_geheim_van_Mega_Mindy)?oldid=202417"
Community content is available under CC-BY-SA unless otherwise noted.