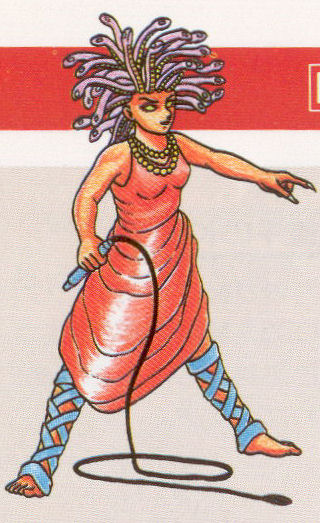 Medusa is the boss of the sky city Bien, the inhabitants of whom she has turned to stone until her defeat by the hero party. Her protection includes several shadow clones of herself, as well as having Minotauros (the first boss of the game) give her a special key to keep those who would come after her locked out of Bien.

Retrieved from "https://femalevillains.fandom.com/wiki/Medusa_(Digital_Devil_Story:_Megami_Tensei)?oldid=13579"
Community content is available under CC-BY-SA unless otherwise noted.