She is an evil gorgon and the sister of the episode's main villainess, Medusa. Both she and Medusa regularly frequented nightclubs, where they would seduce men and later turn them into stone statues. 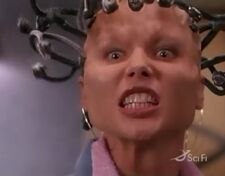 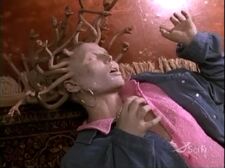 Add a photo to this gallery
Retrieved from "https://femalevillains.fandom.com/wiki/Medusa%27s_Sister_(Special_Unit_2)?oldid=176560"
Community content is available under CC-BY-SA unless otherwise noted.