Mavara was a female mob boss and intriguing enemy of Kid Eternity.

Kid Eternity defeated Mavara, who he knew was guilty of being a mob boss and a murderer, by using his powers to summon Romeo. Romeo bewitched Mavara in the same hypnotic way Mavara had bewitched so many men, and in the throes of her deep infatuation with him Mavara confessed to her crimes. As soon as she had done so, Kid Eternity banished Romeo once more and Mavara was taken off by the police, who had heard her voluntary confession.

While she had no powers, Mavara was a gorgeous woman who had the power to beguile men with her beauty and hypnotically sensual eyes. 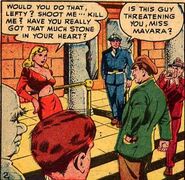 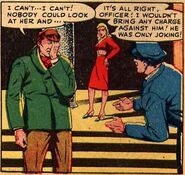 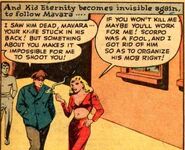 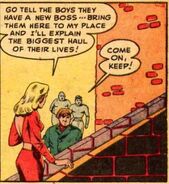 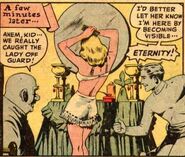 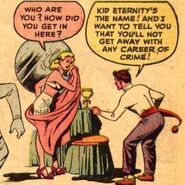 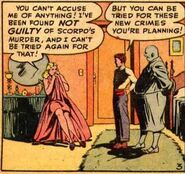 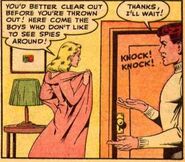 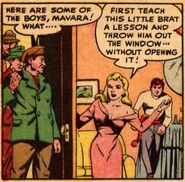 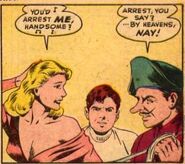 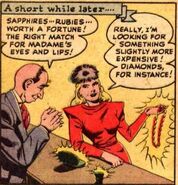 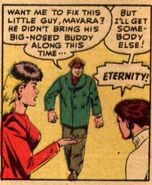 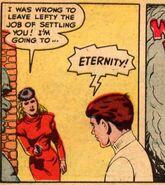 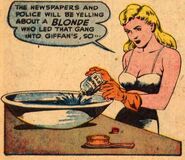 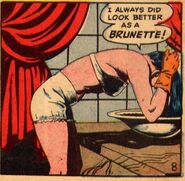 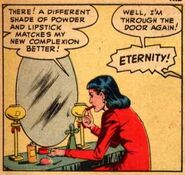 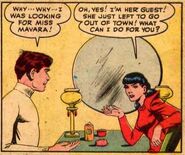 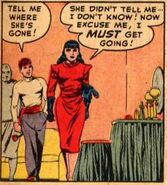 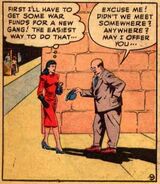 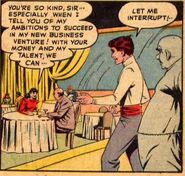 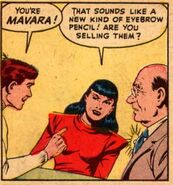 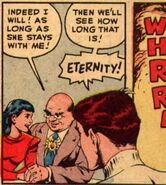 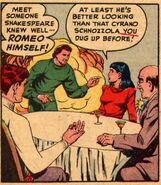 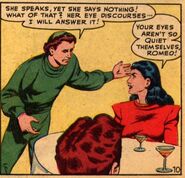 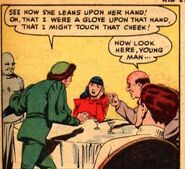 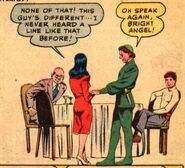 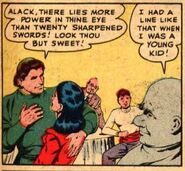 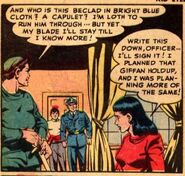 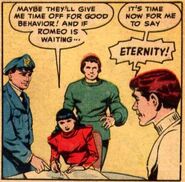 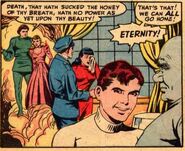 Add a photo to this gallery
Retrieved from "https://femalevillains.fandom.com/wiki/Mavara_(Kid_Eternity)?oldid=157692"
Community content is available under CC-BY-SA unless otherwise noted.