Mary Ann plays a Magician's Assistant for The Great Danzini (Rudy Solari). She wears a sexy showgirl type outfit which consisted of a pink and silver sequined costume that had a ruffled front piece and ostrich feathers that hung down in the back to portray a tail. She had stockings that covered her gorgeous long legs and pair of silver high heels. Mary Ann wore her long blonde hair up on the top with a bun in the back, and allowed it to drop down on the sides.

Kris Munroe (Cheryl Ladd) watches her talking on the backstage payphone. When she approaches her, Mary Ann panics and tries to get away by pushing her Kris down. Kris uses some props to defeat her. Mary Ann explains that she was being blackmailed. Her husband had accepted money from companies to set "magic" fires as part of an insurance fraud scam. Joseph Watson (Howard Witt) had double-crossed him and left him trapped in one of the fires. Therefore, Mary Ann began destroying his businesses as revenge.

Mary Ann was later brought into Bosley's office to be interrogated by the Angel's and Charlie. I assume that after she confessed she was either taken away to jail, or Charlie found some other way to pay for her crimes. This is also the episode, were we get to see the lovely assistant Kris perform in her amazing magician assistant's outfit for Bosley, as he does a mind reading act. 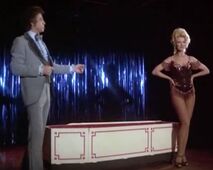 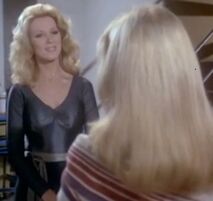 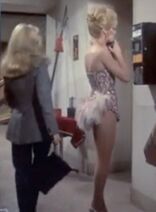 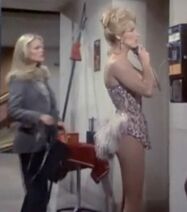 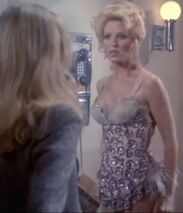 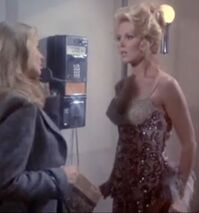 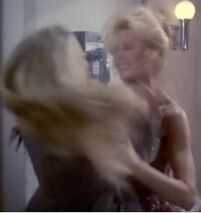 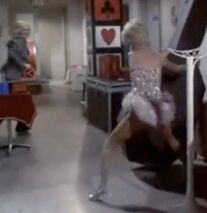 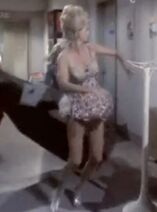 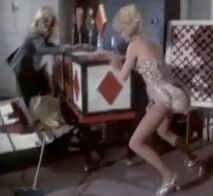 Add a photo to this gallery
​​​​​
Retrieved from "https://femalevillains.fandom.com/wiki/Mary_Ann_Webb_(Charlie%27s_Angels)?oldid=186873"
Community content is available under CC-BY-SA unless otherwise noted.