Marlene is the girl who discovers the hero's mission, and is going to inform Hauptsturmfuhrer Holtz (Klaus Kinski), a member of the Nazi party.  She has discovered that Lt. Richard Benson/Lt. Hans Muller (Richard Harrison) is in fact a double agent.  However, she is shot by machine gun by Max Dean (Massimo Righi) before managing to make the phone call. 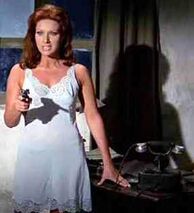 Armed and about to make the phone call fatal for the mission. 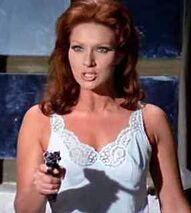 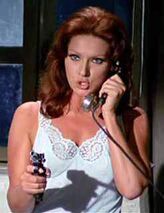 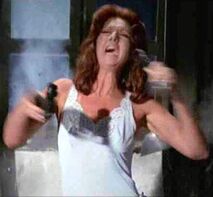 She is prevented from making this phone call. 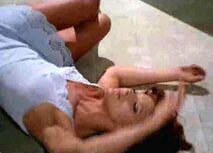 Add a photo to this gallery
Retrieved from "https://femalevillains.fandom.com/wiki/Marlene_Schulman_(Churchill%27s_Leopards)?oldid=154743"
Community content is available under CC-BY-SA unless otherwise noted.