Start a Wiki
watch 01:51
The Loop (TV)
Do you like this video?
Marian Drews also known as the second Harley Quinn and later on as the Neo-Joker is the main-antagonist of Batman: White Knight.

Marian Drews was an emotionally unstable bank-teller who practiced self-harm before meeting the Joker.  Jack Napier AKA the Joker had just recently been left by Harley Quinn after she was horrified at Joker's torture and possible murder of Batman's Robin Jason Todd.  Joker in his insanity and narcissism never realized that Harley even left and proceeded to rob the bank which Marian worked at after she had been recently dumped by her boyfriend and was cutting her arm within her booth. During the robbery, Joker had Marian (who was a slender, pale, blonde woman) help him rob the bank vault at which point he started reffering to her as "Harley".  Marian started playing along by doing the Harley Quinn voice and reffering to him as "Puddin'" and "Mr. J".  When they returned back to Joker's lair, Marian expected Joker to attack or assault her but instead he only tended to her arm-wounds and she developed Stockholm Syndrome and fell in love with Joker. Several years later, Joker in an attempt to prove a point that Batman was as unstable as he was began using a specialized drug and months of therapy in Arkham to willingly go sane.  Now filled with guilt for what he had done for decades as the Joker, Jack Napier decided to try to make ammends with Harley Quinn and propose to her.  Marian rejected Jack for having had changed into a sane person so she attacked him only to be fended off by an also cured Harleen Quinzell who then took Jack to her her appartment with Bud and Lou. Out of envy for Harleen and disdain for Joker having had gone sane, Marian took up the alias of "The Neo-Joker" and decided to go on a crime-spree that would be so large and grand it would upset Joker's ego and bring him back to the dark-side.  Jack and Harleen had secretly teamed up with the Mad Hatterto use his mind-control tech on Clayface who they extracted clay from and fed to the Riddler, Two-Face, Poison Ivy, the Penguin, the Scarecrow, the Ventriloquist, Killer Croc, Baby Doll, Roxy Rocket, Bane and gangs like the Marconis and the Valestras to use Clayface as a means to mind control them all into helping their political campaign.  Marian stole Clayface, the mind-control tech, and sided with Mad Hatter to use the villains as her own personal army for her plans of taking down Jack, starting off by breaking into Wayne Manor.  Marian and Jervis managed to find a decades old secret room in the manor which contained secret imformation about a giant freeze-ray underneith of Gotham's

German Embassy that was constructed by Thomas Wayne, Martha Wayne, Dr. Victor Friesand Fries's father Baron Von Fries who was a pardoned Nazi scientist working for the US Military and had constructed the freeze-ray as defensive means for the Cold War. Marian and Jervis used their supervillain army and the freeze-ray to freeze over a large portion of Gotham and etch the words "GET JOKER" on the side of buildings in Gotham's sky-line with her intention being that if Jack wanted to stop her he'd have to become Joker again as Batman was locked in Arkham and the GCPD had no chance at stopping her. Jack decided to have Batman released so that they could team up to take her down and thaw-out Gotham with with Clayface having been freed releasing Marian's grip on the villains and then she was hunted down by Harleen who stabbed her repeatedly before leaving her to get arrested and sent to Arkham.  A little time later, Jack's body developed an immunity to his neurological medication and he had to be sent back to Arkham as the Joker again. 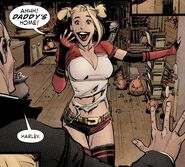 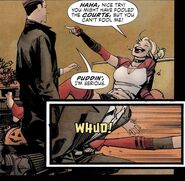 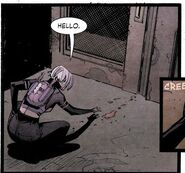 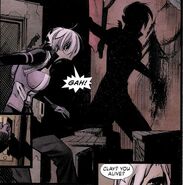 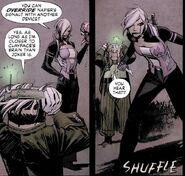 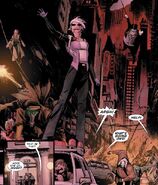 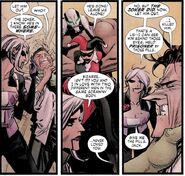 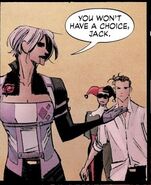 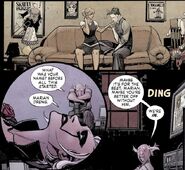 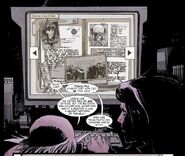 Add a photo to this gallery
Retrieved from "https://femalevillains.fandom.com/wiki/Marian_Drews_(Batman:_White_Knight)?oldid=160213"
Community content is available under CC-BY-SA unless otherwise noted.