The Female Villains Wiki
Register
Don't have an account?
Sign In
Advertisement
in: 1990s, A Taste Of Her Own Medicine, Anime Villainess,
and 26 more

She is a young woman who can magnetize her victims with Bastet, which can cause nearby metals to become potential death traps for the person magnetized.

Throughout the story she uses her magnetic powers to try and kill two of the heroes, Joseph Joestar and Mohammed Abdul. Her attempts to kill them involve trapping them on an escalator, getting them run over by a train, electrocuting them and crushing them between large metals.

She fails to successfully kill them however, and is in the end taken down by her own magnetic powers. This happens when she manages to attract mass amounts of metal onto both men so they are weighed down and crushed.

Seemingly in full control she stands over Joseph to gloat. Joseph begs her to stop the magnetism as he can't handle it any more. Mariah is too busy enjoying being begged for mercy that she doesn't realise it was a trap by Joseph, and he and Mohammed in their states are opposite each other with Mariah in between. The two men's magnetism causes them to attract each other and crush Mariah in between them, leaving her unconscious with broken bones.

Mariah as she appears in the game 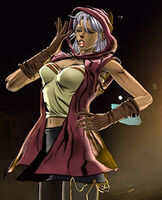 A 3D Mariah from the Eyes Of Heaven video game

Mariah as she appears in the manga 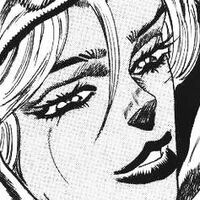 Taunting Joestar as she tries to kill him on the escalator 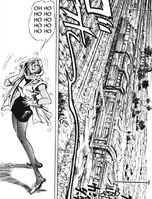 Enjoying the sight of a train supposedly running over the heroes 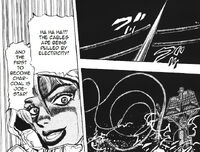 Taunting Joestar as she tries to electrocute him 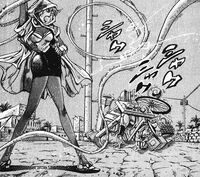 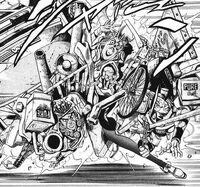 Laughs as Joestar appears to be run over by train 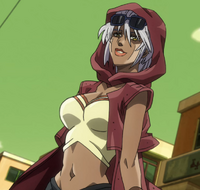 Joestar catches up, but Mariah is not concerned

Reveals she has lured Joestar into another trap

Throws her knives at powerlines

Bringing the powerlines down on the already incapacitated heroes 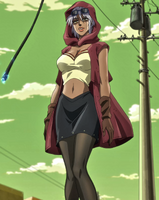 The powerlines drawing ever closer, Mariah believes Joestar is done for

Mariah gloats as she waits for Joestar to die, saying “Will you just die already" 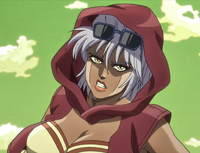 Mariah realizes she is actually the one lured into a trap 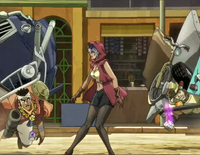 Smashed between Joestar and Avdol

Crushed due to her own magnetic powers. The same fate intended for heroes.

They head off to breakfast leaving Mariah to her fate in the street
Community content is available under CC-BY-SA unless otherwise noted.
Advertisement