Start a Wiki
watch 04:10
The Loop (TV)
Do you like this video?
Maria Lillian Garcia (Ashley A. Thomas) is a secondary antagonist in the 2017 action comedy "All About the Money".  She now goes by the name Ashley Ballai.

Two budies are convinced by another friend to take a vacation in Colombia, South America.  However, they soon realize that they are there to attempt to capture the United States most wanted criminal, Juan Garcia (Jose Yenque).

Kurt (Casper Van Dien) develops a crush on Maria, who happens to be the daughter of the drug lord.  They develop a relationship, much to the chagrin of Maria's bodyguard (Aja Bradley), who wants to kill Kurt.  Eventually, Maria realizes that Kurt and his friends are there to arrest or kill her father.

In a major shootout, Kurt's buddies Chris (Eddie Griffin) and Vincent (Blake Freeman) kill Maria's bodyguard along with many of the henchmen.  Maria comes out with guns blazing before she is knocked unconscious by a thrown grenade.  Kurt is horrified to see his former lover knocked down, and then even more so, when the grenade blows up, sending Maria's body parts all over the place. 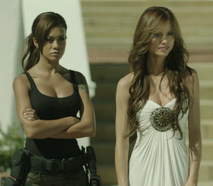 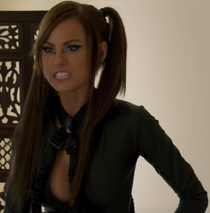 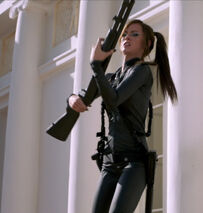 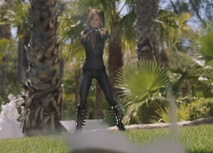 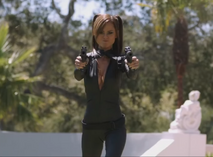 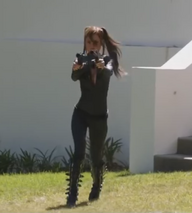 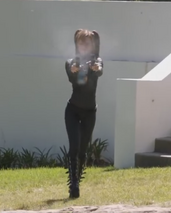 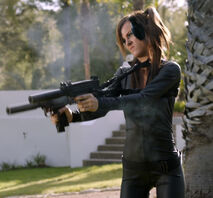 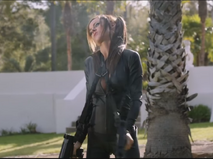 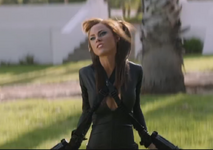 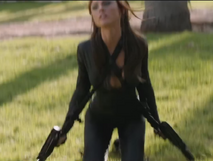 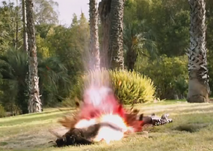 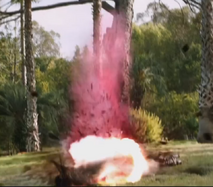 Add a photo to this gallery
Retrieved from "https://femalevillains.fandom.com/wiki/Maria_Lillian_Garcia_(All_About_the_Money)?oldid=212393"
Community content is available under CC-BY-SA unless otherwise noted.