Start a Wiki
watch 01:48
The Loop (TV)
Do you like this video?
Margherita Morello is the main villainess of "Bridge over Troubled Water", case #31 of Criminal Case: Mysteries of the Past, the 4th season of the crime solving game Criminal Case (release date June 22, 2017). She was a wealthy Italian woman who was questioned regarding the death of Irish taxicab driver Thomas Boyd.

While Margherita initially claimed Thomas was simply a punctual chauffeur, later investigation found that Margherita and Thomas were also secret lovers. When confronted, Margherita tearfully confessed that she and Thomas were in love, and how they'd kept their relationship a secret due to the ongoing feud between the Irish and Italian communities of Crimson Banks.

As revealed in the case's climax, however, Margherita hated keeping her relationship with Thomas a secret, with the final straw coming when Tommy broke up with Margherita after learning of her involvement in the Italian gang. Enraged, the evil Margherita attacked and killed Thomas at the slaughterhouse owned by Butcher Betty, using hooks to hoist him up by his feet before disemboweling him with a butcher knife. Betty, who had a habit of doing favors for the gang, helped dispose of Thomas' body later on for Margherita, and Margherita later abandoned Thomas' car at the docks to hide the evidence.

After uncovering the evidence, however, the player and Maddie O'Malley confronted Margherita, who initially continued to feign innocence before confessing to Thomas' brutal murder. During her confession, Margherita lambasted Thomas for (in her mind) being a coward and turning his back on her and admitted to being a  part of the Italian gang and approving of Franca Capecchi's plan for revenge against the Irish within Crimson Banks. Margherita was arrested and put on trial, where she revealed Butcher Betty's role in covering up her crime while still proclaiming that Thomas deserved to die. Judge Justin Lawson sentenced Margherita to a twenty-five year prison sentence, with the heinous villainess proclaimed that Franca's vendetta wouldn't be stopped. 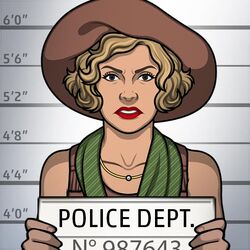 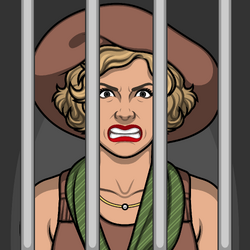 Add a photo to this gallery
Retrieved from "https://femalevillains.fandom.com/wiki/Margherita_Morello_(Criminal_Case)?oldid=172805"
Community content is available under CC-BY-SA unless otherwise noted.