Start a Wiki
watch 01:51
The Loop (TV)
Do you like this video?
Manolita (Tamara Lees) is a villainess who appears in the 1955 French-Italian comedy film "Beautiful But Dangerous".

Gina Lollobrigida portrays a real life character, Lina Cavalieri, a beautiful world famous Italian operatic soprano during the early part of the twentieth century. The film follows Ms. Cavalieri's rise from poor peasant girl to international star. Early in the film Lina secures a job as a dancer in a club in Paris, where she incurs the wrath of a jealous fellow dancer named Manolita.

Lina furiously storms into the dressing room of her rival Manolita, who's hidden a razor blade in the makeup kit of Lina's partner Carmela and caused her to cut herself. Lina confronts Manolita  right in the middle of a photo session. Both  ladies are attired in elegant, full length gowns. Gina starts the brawl by tearing off the wig her opponent is wearing. Manolita absorbs a fair amount of punishment before mounting a counterattack when Gina gets distracted by a hapless fellow who tries to break the fray up. The combatants then proceed to grapple on their feet before going down onto the floor, where their frenzied combat continues. Fortunately for Manolita, the fight is broken up shortly after the enraged Lina gains the upper hand.

After it's over, Manolita decides that she hasn't had enough and challenges Gina to a duel of honor. The women meet at dawn, armed with fencing foils, in a famous park in Paris known as the Bois de Boulogne where a large crowd has gathered to watch the showdown. Manolita is attired in a black dress which reveals far less than Lina's skimpy outfit. The fencing duel sceneis well above average, with Lina and Manolita expertly exchanging thrusts and parrys with their rapiers. Finally, Lina secures the victory by using her foil to shred her opponent's outfit. The crowd celebrates the heroine while the humiliated Monalita and her entourage are leaving the park. 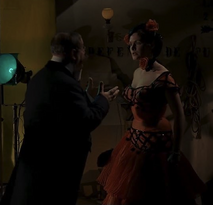 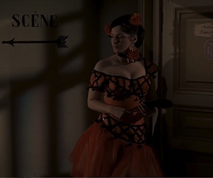 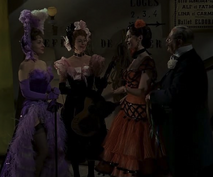 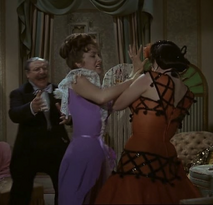 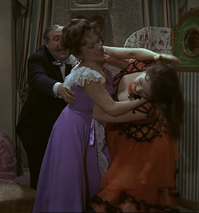 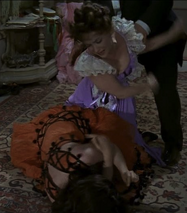 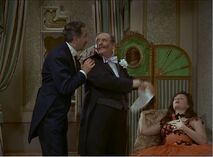 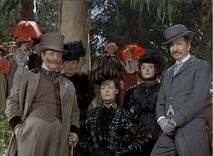 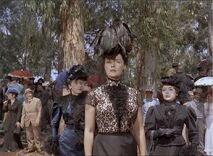 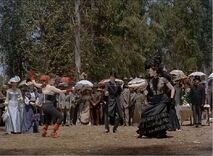 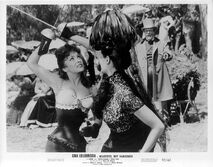 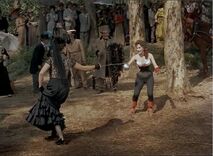 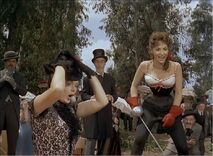 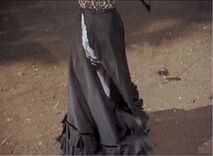 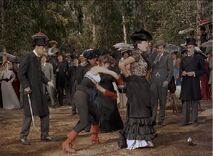 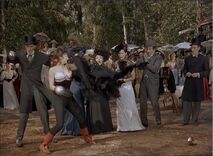 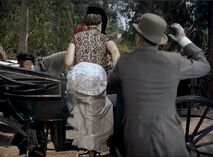 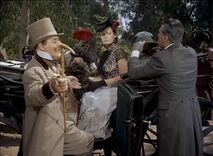 Add a photo to this gallery
Retrieved from "https://femalevillains.fandom.com/wiki/Manolita_(Beautiful_But_Dangerous)?oldid=186936"
Community content is available under CC-BY-SA unless otherwise noted.