Start a Wiki
watch 01:50
The Loop (TV)
Do you like this video?
Mandracca is a recurring villainess and perverted magician in the Italian spy comic series "Playcolt".

Mandracca is one of the many nemesises of Alan Velon, aka. "Playcolt". She starts out as a simple thieving hypnotist, but quickly devolves into a depraved and sadistic degenerate. Though she was never killed or apprehended by the authorities, she did receive a bit of vigilante comuppeance in every storyline, in the form of being sexually violated by Alan. 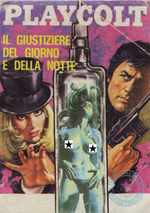 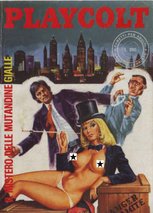 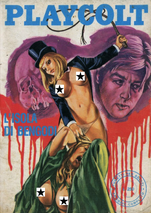 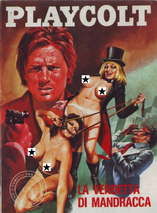 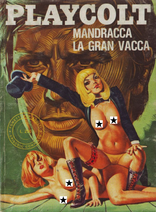 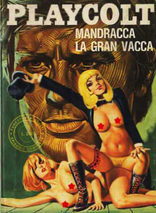 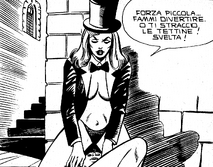 Mandracca has fun with a hapless tourist in Disneyland. 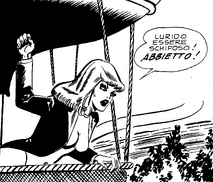 Cursing out "Playcolt" for having foiled her scheme yet again.

Retrieved from "https://femalevillains.fandom.com/wiki/Mandracca_(Playcolt)?oldid=208172"
Community content is available under CC-BY-SA unless otherwise noted.