Malvina (Arlene Martel) is an evil witch from the 1971 episode "How Not To Lose Your Head to King Henry VIII" for the TV series "Bewitched".

While touring the Tower of London with a tourist group, Samantha Stephens (Elizabeth Montgomery) sees a painting of Sir Herbert Wellingford (Victor Rogers) in which the horse riding man is waving at her. After the touring group went downstairs, she found that Sir Wellingford had been placed there by a hateful witch. She later found that he had once been in love with her, but she had become angry with him since he proposed to another witch. Therefore, Malvina cursed him by zapping him into the portrait, and said that the spell would last for 1000 years unless it was broken.

We don't see Malvina again in the two-part episode other than the recap in part 2. However, after Endora (Agnes Moorhead) is able to restore Samantha, she takes Sir Herbert Wellingford out of the picture again and the two of them go off together. There is no second visit by Malvina. 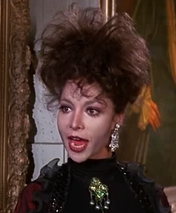 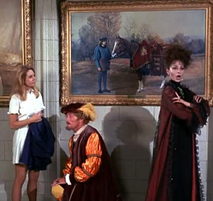 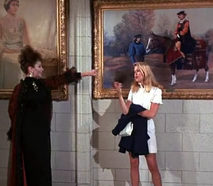 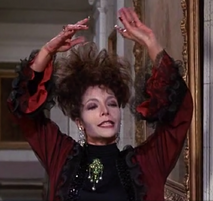 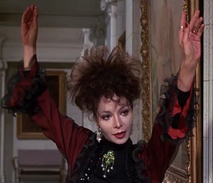 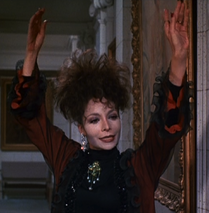 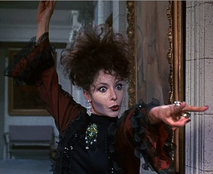 Add a photo to this gallery
Retrieved from "https://femalevillains.fandom.com/wiki/Malvina_(Bewitched)?oldid=190207"
Community content is available under CC-BY-SA unless otherwise noted.