Malva (Moira Orfei) is the main villainess in the 1963 Italian sword and sandal movie "Samson and the Slave Queen".  The film was originally made as a Maciste film in Italy, but when it was dubbed in English, it was changed to Samson.

The Felipe IV, King of Nogara (Varona, Spain) dies from the plague, and leaves behind a will naming one of his nieces as his successor.  However, there is a choice, will it be Isabella de Alazon (Maria Grazia Spina), the blonde who is virtuous and kind, or Malva, the evil brunette?

Malva has Garcia de Higuera, the captain of the guard and her counselor, to intercept the king's troops and confiscate the scroll case, that contains the king's will.

Each woman relies on a hero to locate the will.  Malva hires strongman Samson, while Isabella uses the masked El Toro, who is also known as Zorro, even though her heart belongs to a poet named Ramon.

Malva has a ruthless desire for the throne, and that soon angers Samson.  As a result he begins to work with Zorro to make sure that Isabella will succeed to the throne.

In the end, Malva has cheated her way to the throne.  She is about to be crowned, when Zorro breaks into the ceremony.  A sword fight ensues, and Malva's evil counselor, Garcia is killed.  The true will is produced, which names Isabella as the rightful heir.  Malva attempts to pull out her knife, but she is arrested.

In the end, Isabella is crowned, and the masked Zorro comes clean, that he is really Ramon, which gives her great joy. 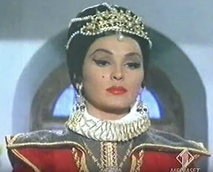 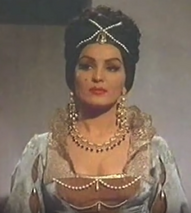 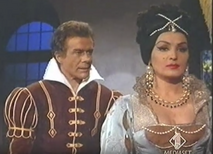 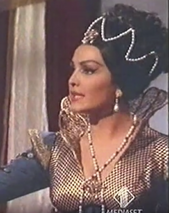 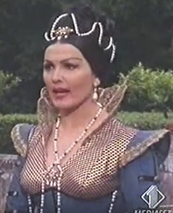 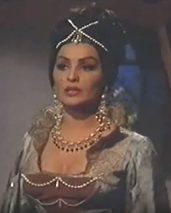 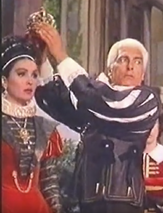 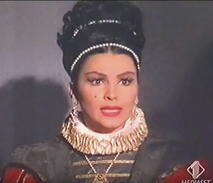 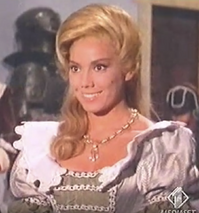 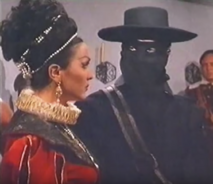 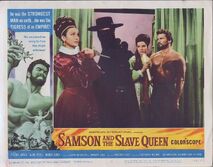 Add a photo to this gallery
Retrieved from "https://femalevillains.fandom.com/wiki/Malva_(Samson_and_the_Slave_Queen)?oldid=214142"
Community content is available under CC-BY-SA unless otherwise noted.