The Rising of the Shield Hero

Use the Heroes to retake her title as the First Princess of the kingdom following her renaming and disownment.

Destroy the Shield Hero to pose him as the Devil of the Shield.Break the circle of the Four Heroes.Kill Melty to become the First Princess and frame Natsumi to gain popular support.Live a luxurious life surrounded by power and riches (all failed)

Placed under special slave curse and has name legally changed to 'bitch.' (anime) Raped to death by the Pig King before being ressurected and burned alive (web novel)

Bitch (ビッチ Bicchi), previously known as Malty S Melromarc,  and First Princess of Melromarc, Mein Sophia as her (previous) adventurer name (later altered to "Slut" much later), and later known as "Bitch" as a spiteful derogatory given by Naofumi, is the main antagonist of The Rising of the Shield Hero franchise.  She betrayed Naofumi by lying about him sexually assaulting her.

Malty was the first (and only) person to join protagonist Naofumi in the beginning, but shortly after, she stole his money and equipment, and then claimed he raped her. She joins Motoyasu's party, believing his good looks will be able to help her standing within Melromarc's nobility. While in Motoyasu's party she acts as his second-in-command, taking advantage of his gullibility and manipulating him into doing her dirty work or making Naofumi's life more miserable. Despite Motoyasu's kindness, she insults him behind his back and sells her fellow party members into sexual slavery should they get in her way.

After the defeat of the Church of the Three Heroes, whose members she worked with in an attempt to assassinate her sister Melty and frame Naofumi, her true nature is exposed by her mother. Disowned from the royal family, Malty is placed under a special slave curse and is forced to reveal the rest of her crimes, and upon Naofumi's suggestion, has her name legally changed to "Bitch." She stays in Motoyasu's party so she can repay her debts; Motoyasu still believing her lies. She and her followers, however, abandon Motoyasu during the battle with the Spirit Tortoise. Now a wanted criminal, she goes on the run, manipulating and robbing Ren and Itsuki in the process.

Malty was first described by Naofumi as a lovely girl with semi-long crimson hair, emerald-green eyes, pretty cute and youthful facial features, yet slightly shorter than Naofumi. Even after her betrayal, Naofumi admits that she is a waste of beauty and describes her as needlessly attractive.

Malty normally presents herself to newcomers with her mask of a friendly, encouraging and flirty person, but actually, she is a malevolent psychopath with a myriad of negative traits - she is a pathological liar, prejudiced, narcissist, egocentric, haughty, dishonest, corrupt, arrogant, amoral, treacherous, sinister, sadistic, abusive, deceitful, selfish and tyrannical. She is shown to be highly adept at lying and manipulating people, and is not above insulting and making them as miserable as possible. She is deceptive enough to "cry" crocodile tears in order to fool people into taking her side.

Malty will do anything to get what she wants and is not above any kind of foul play, willfully interfering in otherwise fair matches. She will readily cheat to gain the advantage while at the same time considering everything that may unfavor her side "unfair," revealing her to be a sore loser and a hypocrite as well.

Malty is extravagant and goes as far as to use the country's treasury for the luxurious spending of her daily life, cynically calling it "for the sake of the world." Her greed extends even towards villages ruined by the Catastrophe Waves, heavily taxing them simply for her entry and exit. Her mother mentioned that she already used her own body to gain some benefits - it is implied she went sexual on Motoyasu in order to better control him. In spite of visibly supporting (or pretending to support) Motoyasu, she is ultimately out for herself alone and stands ready to betray anyone, even her own blood relatives, for her egotistical and personal desires. 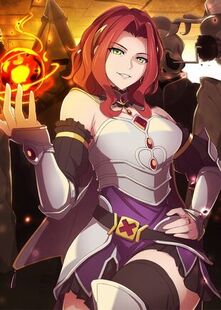 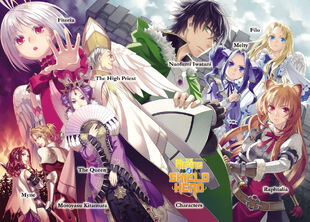 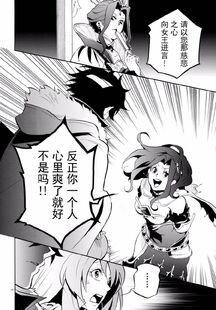 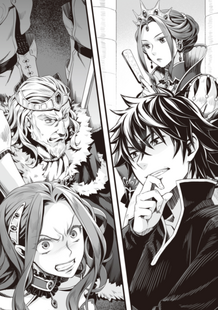 Malty's surprise as her name is changed to 'bitch' 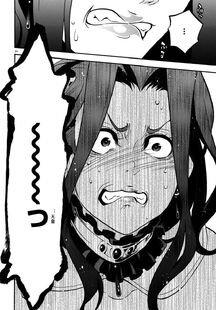 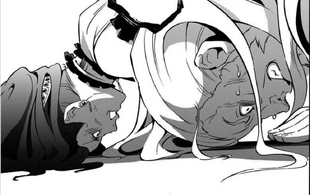 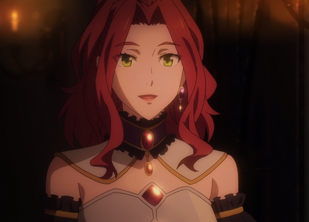 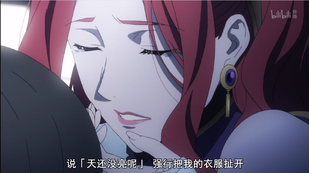 Telling everyone Naofumi ripped off her clothes 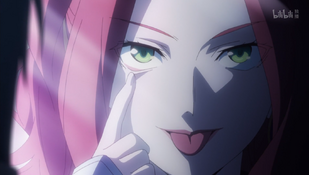 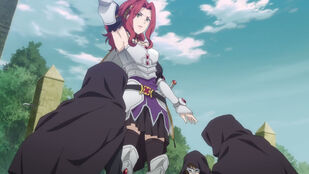 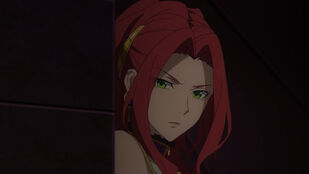 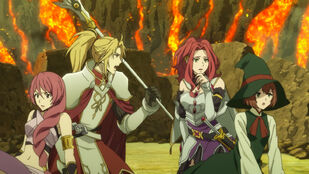 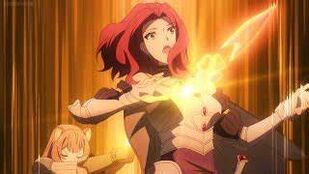 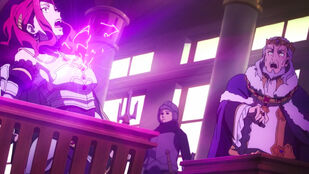 Groans as her breasts getting electrocuted every time she lies 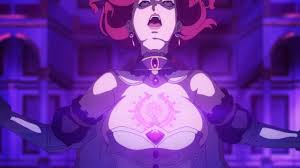 She lies about Naofumi raping her and her breasts get electrocuted again, sending her toppling over 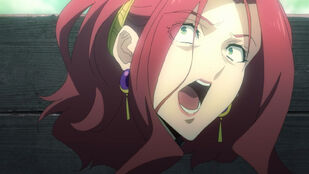 Begging for her life 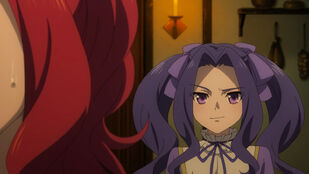 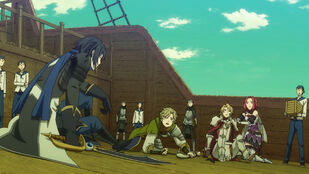 Malty gets roasted
Add a photo to this gallery

Retrieved from "https://femalevillains.fandom.com/wiki/Malty_S_Melromarc_(The_Rising_of_the_Shield_Hero)?oldid=198856"
Community content is available under CC-BY-SA unless otherwise noted.