Malshina (Honoka Ishibashi) was an antagonist who appeared in 23 episodes of the 2012-2013 Japanese action/comedy TV series "Hikonin Sentai Akibaranger".

Malshina was originally created by Takehiro Tzuzuki to serve as the antagonist in the Nijiyome Academy Z-Curve Aoi anime series.  However, she was rejected due to her creator's dark direction for the cartoon and came to life in the Delusion World as her creator became Doctor Z to lead the Sterna Corporation as its head of redevelopment with plans on taking over Akihabara with the Chief Clerks, monsters originally Aoi villains before brought to life as representatives of Tokyo's other districts.  Many of Malshina's imaginary schemes are foiled by the Akibarangers.

Malshina discovers two portals and enters one into the real world where she tricks the Akibarangers into breaking the barrier between the reality and delusion so Doctor Z can begin the next phase of their scheme to completely tear the barrier.  Learning that Doctor Z is under the influence of Super Sentai creator Saburo Hatte, Malshina aids the Akibarangers in snapping her creator to his senses before entering Saburo's reality through the other portal to convince him to create a second season while having him reboot the first season to have her as the leader who is seemingly killed in her group's final battle with the Akibarangers before resurfacing nine months later.

Though she ends up as a flunky of the New Dimensional Intellect Remodeling Underground True Empire Baros lol led by a Super Sentai villain fanboy going by the name General Tsu.  Malshina used his delusions to secretly travel into the worlds of the Super Sentai series and assumed the identity of the main villains to wipe out the heroes.  It was only after deposing of General Tsu while absorbing his knowledge of Super Sentai villains that Malshina achieved her ultimate revenge on Saburo.  The Super Malshina series where she is star for the past 37 years. 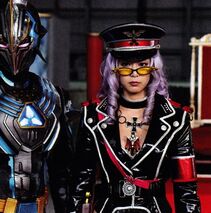 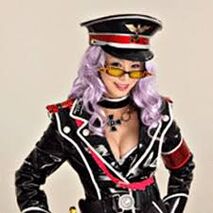 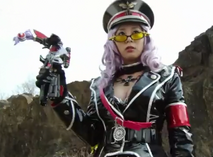 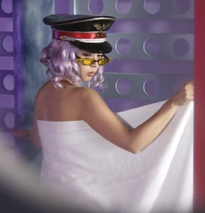 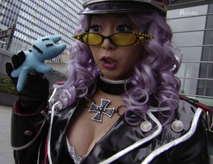 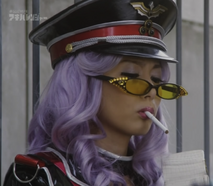 Add a photo to this gallery
Retrieved from "https://femalevillains.fandom.com/wiki/Malshina_(Hikonin_Sentai_Akibaranger)?oldid=210671"
Community content is available under CC-BY-SA unless otherwise noted.