Madelaine Perkins (Lara Parker) is a witch in the 1975 episode "The Trevi Collection" for the ABC TV series "Kolchak: The Night Stalker".

Madelaine was a fashion model who worked for a woman named Madame Trevi (Nina Foch).  She also happened to be a witch.  Madelaine had great ambition, stemming from a lifelong career in pageant accomplishments dating all the way back to her teenage years.  When she began working for Trevi, Madelaine did not wish to see the competition get an edge over her.  Trevi knew that Madelaine was a witch and took measure to keep her power under control.  However, Madelaine still held a firm control over matters at the Trevi modeling agency and used her witchcraft to kill off people who threatened her position.

Independent News Serivic reporter Karl Kolchak (Darren McGavin) began working on a fluff piece involving the agency, but things took a turn towards the bizarre when one of Madame Trevi's rivals sent a spy to steal her designs.  Inexplicably, the spy ended up taking a dive through a high window and fell to his death.  No one was present to see that a room full of mannequins was responsible for pushing him out the window.

Kolchak met with Madelaine, unaware of her dark puproses.  He thought she would be an ideal informant as he investigated the case.  Madelaine introduced Kolchak to the other models.  One model, an arrogant French woman named Ariel (Diane Quick) arranged for Madelaine to be left out of an important shoot.  Madelaine sent a white cat to attack her, mauling Ariel's face.  Madelaine took out another rival, a model named Melody Sedgewick (Beverly Gill), by causing the water in her shower to become so hot that it scalded her to death. When Kolchak began investigating the witchcraft angle of the case, Madelaine tried to scare him off by having a parked car come to life and attempt to run him down.  Kolchak was undeterred however, but he mistakenly believed that it was Madame Trevi who was the witch, not Madelaine.  He learned the truth however after Madame Trevi fell victim of one of Madelaine's spells, a spell that sent her to the hospital and nearly killed her. Kolchak consulted with a man who had written a book on witchcraft and learned some interesting ways on how to identify and even stop a witch.  One detail he learned was that the mere act of publicly accusing a woman of witchcraft could be enough to subdue her.  He also learned that witches feared the sounds of ringing bells and broken glass.

After Kolchak visited Madame Trevi, he learned the truth.  Trevi revealed that she had tried to keep Madelaine at bay, but ultimately failed.  Kolchak armed himself with the proper tools and went to the agency to confront Madelaine.  Madelaine animated the mannequins in the room to attack him, but Kolchak fought them off.  He then shattered the mirrors in the room, causing Madelaine extreme pain.  Madelaine attacked him and Kolchak dunked her head in a vat full of blue fluid in an attempt to drown her, once a time honored method of destroying a witch.  Madelaine broke away from him and chased after him in an insane rage.  They raced out onto the street where Kolchak publicly accused her of being a witch in front of multiple witnesses.  Madelaine fell to the ground unable to go on after losing her powers.  She was later committed to a sanitarium, totally insane and disfigured with a strain of smallpox that was last seen 500 years before. 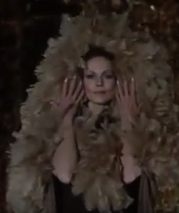 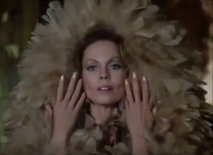 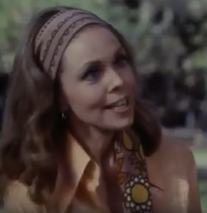 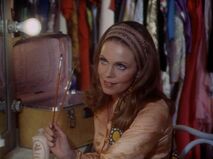 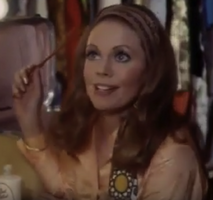 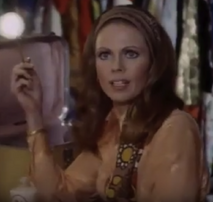 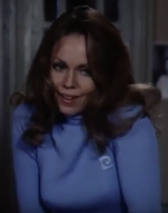 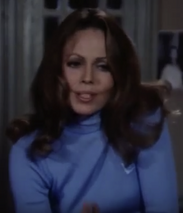 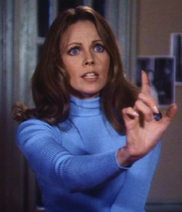 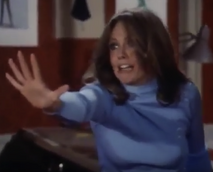 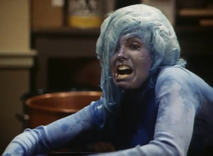 Add a photo to this gallery
Retrieved from "https://femalevillains.fandom.com/wiki/Madelaine_Perkins_(Kolchak:_The_Night_Stalker)?oldid=175901"
Community content is available under CC-BY-SA unless otherwise noted.