Start a Wiki
watch 01:51
The Loop (TV)
Do you like this video?
Primary anatognist played by BETTE DAVIS from the 1972 movie MADAME SIN

MADAME SIN [DAVIS] is a villainess who wishes to rule the world by whatever means necessary including brainwashing people like her maid [pik sen lim] so she kidnaps a CIA AGENT [WAGNER] to hijack a Polaris submarine and in bond fashion resists her attempts to brainwash him and defeats her.

This was actually a failed tv pilot and abc aired it as a two hour film. 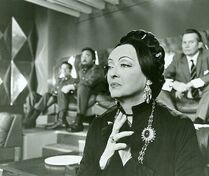 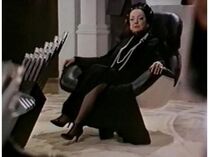 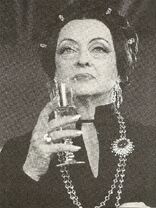 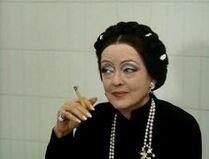 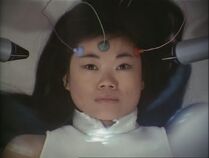 Add a photo to this gallery
Retrieved from "https://femalevillains.fandom.com/wiki/Madame_Sin_(Madame_Sin)?oldid=108676"
Community content is available under CC-BY-SA unless otherwise noted.