Madame Maria Cholon (Daliah Lavi) is a seductive enemy spy in the 1968 drama "The High Commissioner", which is also known as, "Nobody Runs Forever".

Australian police officer Scobie (Rod Taylor) is sent to London to investigate an Australian diplomat, Sir James Quentin (Christopher Plummer), who is suspected of having murdered his first wife 25 years ago. Quentin is engaged in delicate trade negotiations, and Scobie agrees to allow him to complete the negotiations before returning to Australia for trial.

Scobie saves Quentin from an assassination attempt, and learns that Madame Cholon is leader of the spy ring, sent to kill Quentin to stop the trade agreement.

Sheila retrieves the bomb and takes it to Madame Cholon to have a conversation.  While there, she pulls out the clock and Maria immediately knows what is happening.  She has the shock of impending doom on her face and we later see the bomb explode as Scobie arrives too late.  Both Sheila and Maria are killed, and two legs believe to be that of Madame Cholon appear in the rubble. 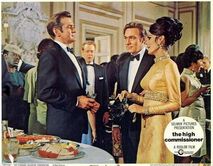 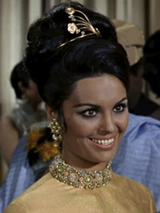 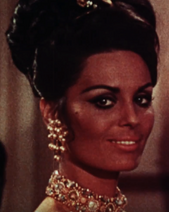 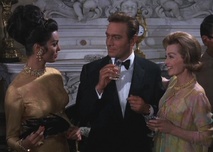 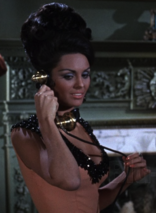 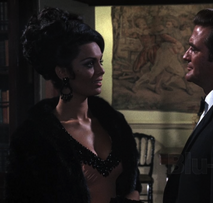 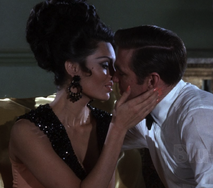 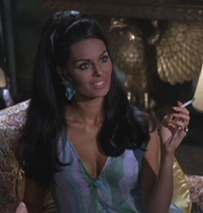 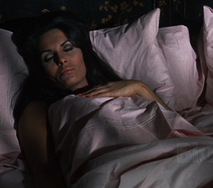 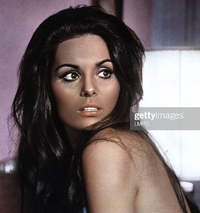 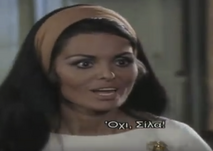 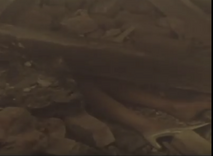 Add a photo to this gallery
Retrieved from "https://femalevillains.fandom.com/wiki/Madame_Maria_Cholon_(The_High_Commissioner)?oldid=177689"
Community content is available under CC-BY-SA unless otherwise noted.