Mab (Sara Wiseman) is the villainess of the 1999 episode "Once Upon a Future King" for the TV series Hercules: The Legendary Journeys.

Mab was a powerful sorceress and associate of King Arthur. She had originally been an apprentice of the great wizard Merlin. Unlike her teacher, who disapproved of Arthur's tyranny, Mab delighted in and encouraged Arthur's dark side.

When Arthur attempted to claim the mighty sword Excalibur, Mab was at his side. She betrayed Arthur and seized the sword herself, intending to use it to kill Merlin before he could realize his full potential. Realizing the error of his ways, Arthur threw in his lot with Hercules and Morrigan, while Mab was handily destroyed by the young Merlin, thus ensuring his destiny as the greatest wizard in history. Mab was entrapped by the time-travel spell that Merlin had placed on her. 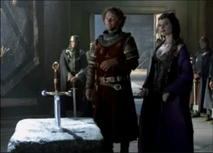 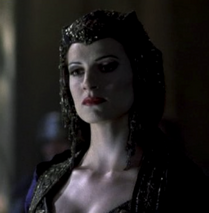 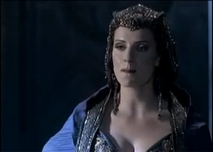 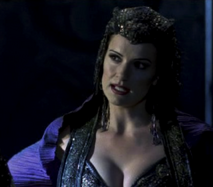 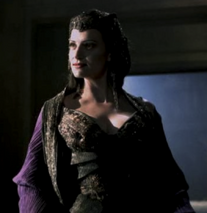 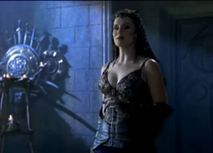 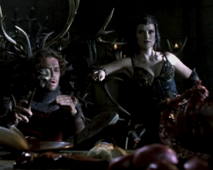 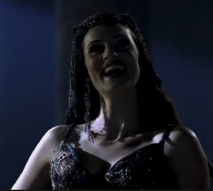 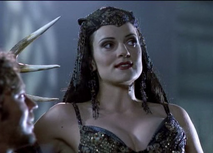 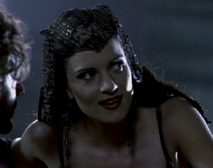 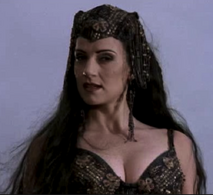 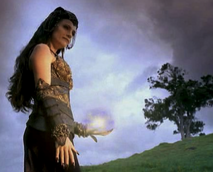 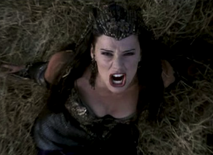 Add a photo to this gallery
Retrieved from "https://femalevillains.fandom.com/wiki/Mab_(Hercules:_The_Legendary_Journeys)?oldid=197521"
Community content is available under CC-BY-SA unless otherwise noted.