Lyra is the head of a group of ivory poachers.  Her two hunters are Vargo (Raymond Burr) and Philippe Lavar (Michael Granger).  The two men use a tribe of natives to get their latest shipment of ivory to the town of Dagar, where they will meet up with Lyra and Fidel (Tom Conway) the partners in the business.

Unknowingly, Vargo and Lavar had made a deal with an Arabic ivory trader that would bypass the French couple out of the action.  Because of the large amount at stake, they enslave the Laikopos tribe to help them.

The women of the Laikopos tribe tell Tarzan (Lex Barker) what is going on, he immediately heads into action.  Tarzan takes out the sentries, dumps their rifles in a well, and then frees the captured Laikopos.  As the natives escape, Lyra sends one of her henchmen to fight Tarzan.  Tarzan defeats the thug and makes his escape, but Lyra organizes her men to march into the jungle to track him down.  They catch up to Tarzan and Lyra asks him if he'd help them lure the elephants to be slaughtered.  Obviously Tarzan refused her.

Lyra then hatched out a plan to lure Tarzan away.  She once again attacked the Laikopos.  When Tarzan went to help, he was knocked unconscious and capture.  In addition, Lyra's men attempted to capture Jane (Joyce MacKenzie), but was told that it didn't go well.  When Tarzan hears about this, he goes bezerk and escapes.  Back at the tree house he finds Cheeta, his chimpanzee and a burned out house.  He fears that Jane has been killed. Tarzan was so sad, that he easily allowed himself to be taken prisoner again.

Jane actually did survive, but was received a concussion from falling from a burning vine.  When she found out that Tarzan had been recaptured, she ran off to Dagar to get him back.  Jane confronted Lyra, who told him that Tarzan was deep in the jungle with Vargo.  It's then that Lyra found out from Fidel that Vargo and Lavar were planning to double-cross them by selling the ivory to another outfit.  Therefore, Lyra rallied a posse and they went off to follow Jane.  After saving her from an attacking lion, they took Jane to see where Tarzan was being held.

When Lyra and Fidel arrived at Vargo's place, they called him out for the double cross.  Then Lyra ordered Tarzan to help them with the bull elephants.  If he refused, then Jane would remain their prisoner.

Tarzan used his call to get the elephants to begin a stampede.  He then rescued Jane.  While Lyra and Fidel began arguing, Fidel's rifle accidentally went off and Lyra was badly hurt.  While Fidel was comforting her, the elephants stampeded over the top of both of them.  They continued to stampede over the entire camp, and killed Vargo and Lavar as well. 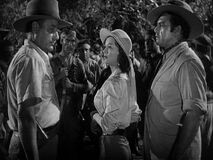 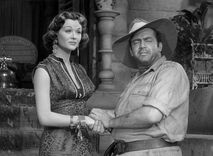 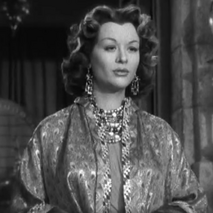 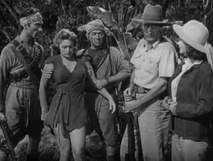 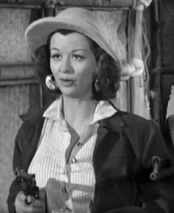 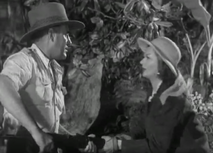 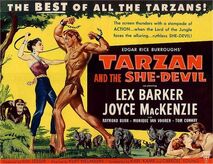 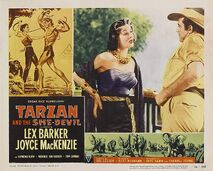 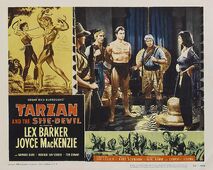 Add a photo to this gallery
Retrieved from "https://femalevillains.fandom.com/wiki/Lyra,_the_She-Devil_(Tarzan_and_the_She-Devil)?oldid=191538"
Community content is available under CC-BY-SA unless otherwise noted.