The Female Villains Wiki
Register
Don't have an account?
Sign In
in: 1960s, Assassin, Attempted Murder,
and 20 more

Lydia Limpet was the henchwoman of a literary arch villain called the Bookworm. The characters were created for the live action tv series Batman (USA 1966 - 8). Actress, Francine York (1936 - 2017) played Lydia. The Bookworm was portrayed by actor Roddy

Batman. First broadcast in the USA on the ABC television network.

Lydia is a beautiful and tall brunette with short hair; in the episodes she wears a red and a dark brown catsuit. In the Batman story book annual, Lydia is pictured as a blonde with long hair!

A bomb in a book.

To aid the Bookworm in

The Bookworm attempts to murder Batman and Robin. He purloins the Batmobile to use in his plot to steal a valuable collection of rare books from the Gotham library.

Lydia Limpet's character and role in the story -

In the tv series, Lydia is one of the more ruthless and incorrigible of the arch villain's molls/henchwomen. She takes a very active nefarious part in the Bookworm's schemes - planting a "book bomb" in the Batmobile, helping capture Robin using knockout gas, and assisting the Bookworm in operating his cook book death trap. She clearly has a big crush on the Bookworm, being shown staring at him with adoration. She's subjected to the neurotic arch villain's violent rages - in one scene the furious Bookworm nearly hits her with a large book! Lydia is one of the few villains to go into the Batcave, though she is unconscious when it happens (here she is wired to a lie detector by Batman, who is trying to get the truth about the Bookworm's plans).

Lydia shelters in a crate outside the Gotham library during the hero's final battle against the Bookworm's henchmen. She's pulled out of it at the fight's conclusion by Robin - who handcuffs her. She's later seen in Commissioner Gordon's office with the rest of the Bookworm gang, ready to be taken to prison. 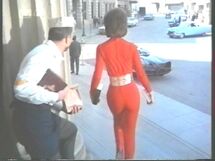 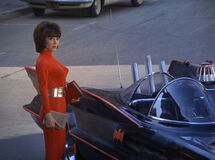 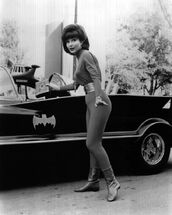 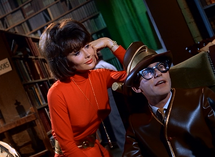 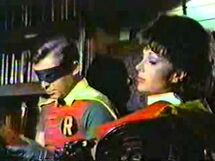 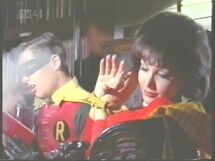 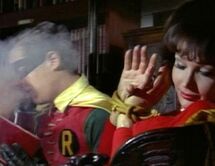 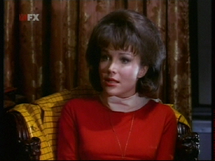 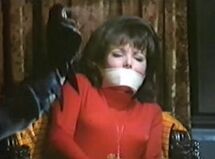 under the lie detector 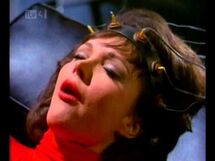 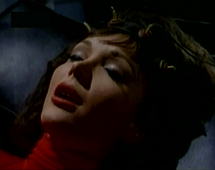 being questioned by batman 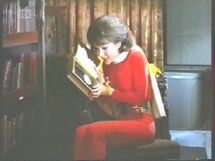 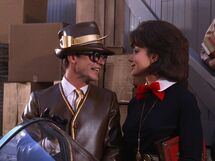 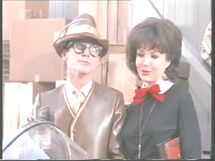 Lydia and the Bookworm (Francine York with Roddy McDowall) 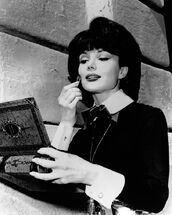 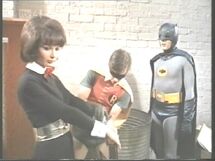 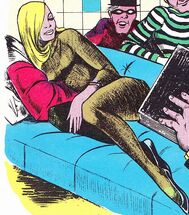 A very different Lydia in the Batman annual 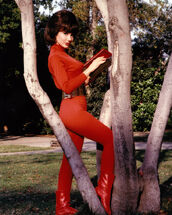 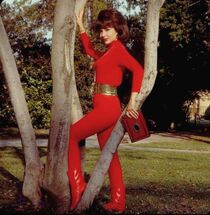 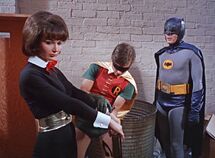