Lieutenant Helen Krasch runs a Nazi POW camp where she has girls thrown into a cage with a Neanderthal type beast (Salvatore Baccaro).  She is breeding this beast to rape and kill the enemy.

In the end, she is the one who finally ends up on the receiving end of her experiment, when one of the girls escapes out of the cage.  While trying to capture the girl, Helen is grabbed by the beast and pulled inside the cage herself.  Helen's lab coat is ripped off, revealing just a black bra and panties set with black thigh high stockings being held up by a garter belt.  Helen is brutally raped by the beast as she screams in terror while her two lieutenants are mowed down by two attacking Partisans.  The Partisans do not attempt to interfere, watching the beast rape Helen until the damage is already done, and she has been clawed all over her body.  Finally, they then open fire with a machine gun and a revolver, killing both Helen and the beast, and leave them dead in the cage. 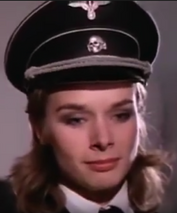 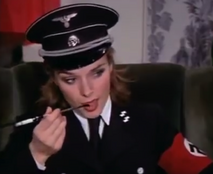 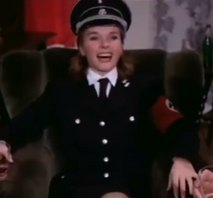 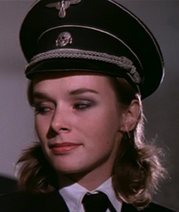 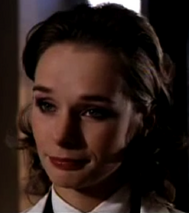 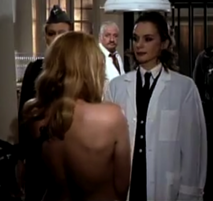 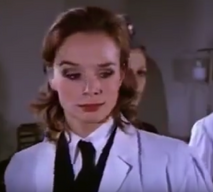 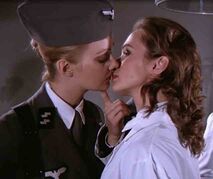 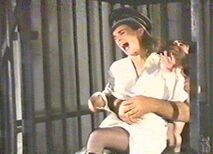 A taste of her own medicine! 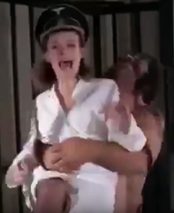 Retrieved from "https://femalevillains.fandom.com/wiki/Lt._Helen_Krasch_(SS_Hell_Camp)?oldid=194647"
Community content is available under CC-BY-SA unless otherwise noted.