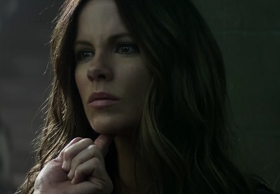 Lori Quaid (Kate Beckinsale), is a UFB undercover agent posing as Quaid's wife in 2012 American dystopian science - fiction action film Total Recall.  The screenplay was based on the 1990 film of the same name starring Sharon Stone as Lori Quaid. Unlike the first film, the setting is on a dystopian Earth, not Mars, and has more political themes. The film blends American and Asian influences, notably in the settings and dominant populations of the two nation-states in the story: the United Federation of Britain (Western Europe) and the Colony (Australia).

At the end of the 21st century, Earth is devastated by chemical warfare. Precious remaining habitable land is found in just two territories: the United Federation of Britain (UFB), located on the British Isles and northwestern Europe; and the Colony, covering Australia. Factory workers living in the Colony quickly (seven minutes) commute to the UFB each day via “The Fall,” a gravity elevator through the Earth’s core. A Resistance operating in the UFB, which the UFB views as a terrorist movement, seeks to improve life in the Colony.

Colony citizen Douglas Quaid has been having dreams of being a secret agent, aided by an unnamed woman. Tired of his factory job building police robots with friend Harry, he visits Rekall, a company that implants artificial memories. Quaid chooses a fantasy as a secret agent. As McClane starts to question Quaid about the memories, a squad of UFB police burst in, kill the Rekall staff, and attempt to arrest Quaid. Quaid reacts instinctively, killing the entire squad. Upon returning home his wife Lori attempts to kill him, revealing that she is a UFB intelligence agent and they’ve only been “married” for six weeks, not seven years. After Quaid escapes, Charles Hammond, stating he is an old friend, contacts him and directs him to a safe-deposit box, where Quaid finds a message from himself with the address of an apartment.

Pursued by Lori, human and robot police, Quaid is rescued by Melina, the woman from his dreams.The police arrive and Harry appears. He tries to convince Quaid that he is still in a Rekall-induced dream and that killing Melina is the only way out. Quaid is unsure, but notices a tear on Melina’s cheek and shoots Harry. Lori pursues the pair, but they escape.

Quaid and Melina find Matthias. While Matthias searches Quaid’s memories, Lori and Cohaagen storm the Resistance base. Cohaagen loads The Fall with his invasion army of robots. Quaid sneaks on board, setting timed explosives throughout the ship while searching for Melina. He frees her as The Fall arrives at the Colony. As they fight the soldiers and Cohaagen, Quaid's explosives detonate. Quaid and Melina jump off before the ship plummets back into the tunnel and explodes underground, killing Cohaagen and destroying his army and The Fall itself – the only way to reach the UFB.

Waking up in an ambulance, Quaid is greeted by Melina. When he notices that she is missing their matching hand scar, he realizes that she is Lori using a holographic disguise; they fight and Lori is killed. 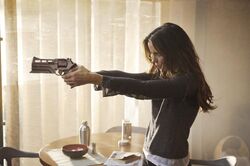 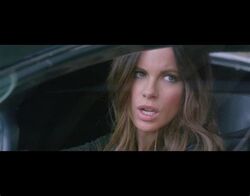 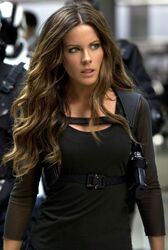 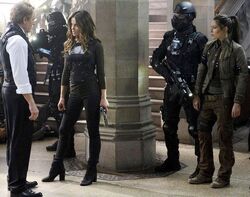 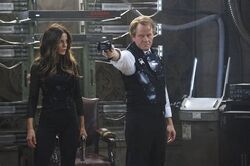 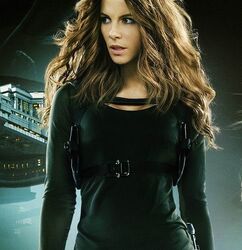 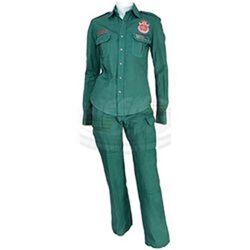 Nurse outfit on sale
Add a photo to this gallery
Retrieved from "https://femalevillains.fandom.com/wiki/Lori_Quaid_(Total_Recall_2012)?oldid=143084"
Community content is available under CC-BY-SA unless otherwise noted.