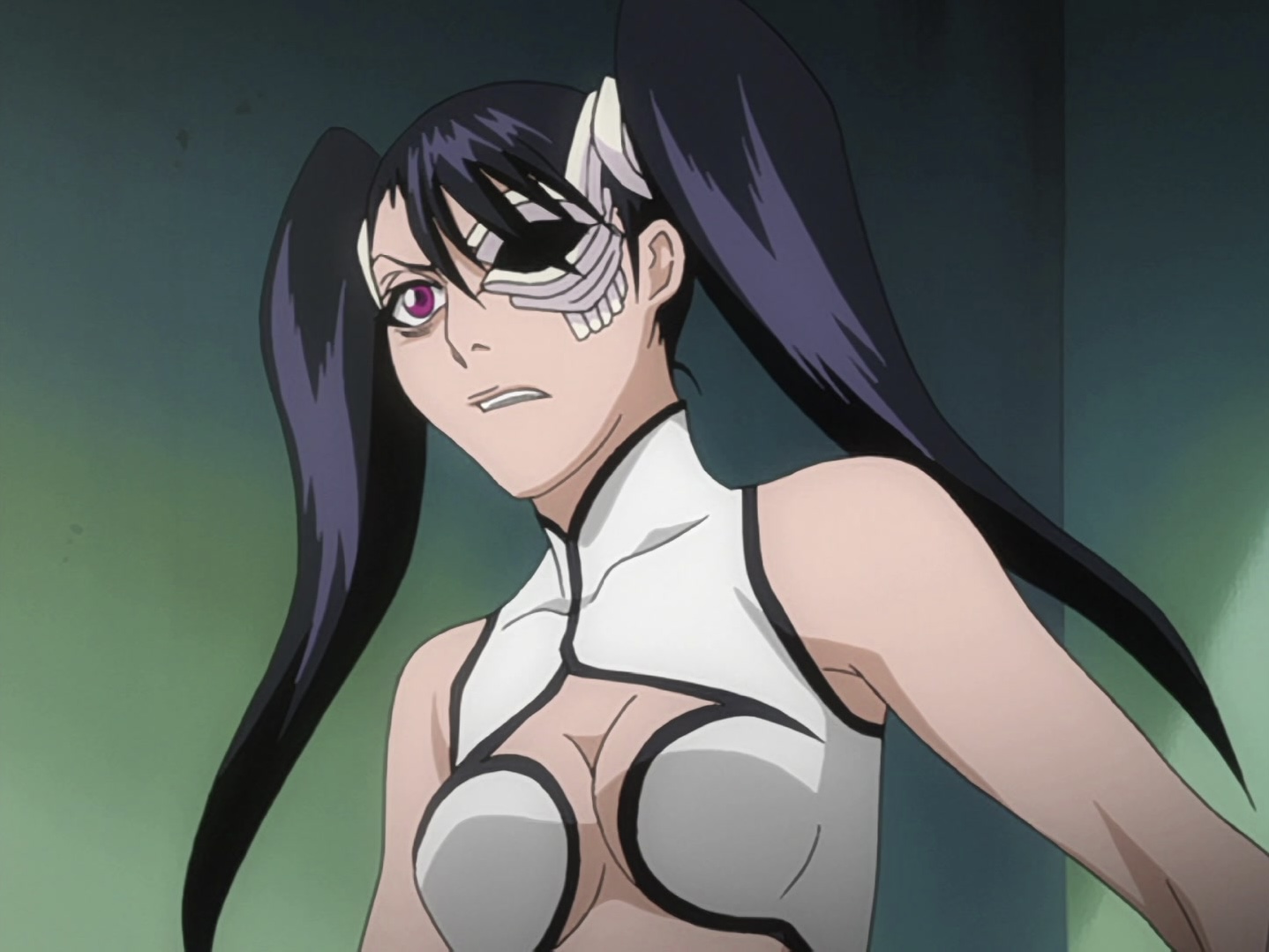 Loly is a young, teenage-looking female Arrancar. She has long, black hair with two pigtails which reach down her back, a slender build, and her visible right eye is pink. The remnants of her mask cover her left eye, which is shaped around her eye with teeth dotted along the bottom of the mask, and there is an extension from her mask into her hair which resembles a hair tie.

Loly's uniform includes a short, frilled skirt, white half-sleeves worn from the elbows down to the wrists, and what appears to be thigh-length black-colored, white-outlined boots. She wears white bracelets on her arms, and she also wears a white-colored, black-outlined material that ties around her neck, which reveals a fair portion of her stomach as well as her chest.

Loly is infatuated and protective of Aizen her leader, to the point at which she is willing to briefly speak out against an order before remembering her place. Aizen's interest in Orihime Inuoe confuses her and she becomes envious of the special treatment that has been reserved for her. She is vindictive and cruel to those she holds a grudge against, such as when she enters Orihime's room, with Manoly, while she is alone and in distress after Ulquiorra defeats Ichigo. Loly is quickly angered and is brutal in her wrath. She also likes to get a rise out of her targets and becomes even more enraged when Orihime merely stares at her after being beaten severely by the Arrancar.

Loly is very impulsive in nature as she has yelled at or challenged even Espada-level Arrancar in her rage which usually results in her being beaten badly by her more powerful adversaries. She is also quick to judge and fear things she does not understand, such as her hatred for Orihime intensifying when she sees how powerful the Human girl is and she begins to refer to her as a "Monster" due to fearing her power after witnessing Menoly's restoration Menoly is Loly's closest friend but she is not above pressuring her into attacking others or physically attacking Menoly when she disagrees with her

When Aizen was treating Orihime as a guest, Loly didn't like that one bit. So she, along with her partner, Menoly  entered into Orihime's quarters to "have some quality girl time with her". Loly thought that Orihime was being treated like a princess, so, out of jealous rage, attacked Orihime. While both of them were attacking Orihime, Grimmjow blasted a hole into Orihime's room.When Grimmjow entered the room Loly asked what Grimmjow was doing. He replied by kicking Loly in the stomach. After blasting Menoly with a Cero, Grimmjow slowly walked towards Loly and proceeded to break one of her legs and knock her out.After Grimmjow rescued Orihime from Loly and Menoly, Orihime went to Loly. Loly didn't want Orihime near her and slapped her.Despite this Orihime healed Loly's broken leg, which surprised Loly. She was even more startled when Orihime completely healed Menoly from death.When Ulquoirra entered the Orihime's room, both Loly and Menoly were still in there. He asked them who was responsible, in which they replied that it was Grimmjow.

While Ichigo was fighting Ulquiorra for the second time, Loly and Menoly decided to terrorize Orihime again. They managed to grab Orihime from the shadows and tore off her clothes. When Ichigo saw what was going on, Loly threatened that she would rip out one of Orihime's eyes if he came any closer. Ichigo used a Getsuga Tenshō, only to be blocked by Ulquiorra. Thinking that Ulquiorra was protecting them, Ulquiorra replied that he wasn't trying to rescue them. While both Loly and Menoly were continuing to torture Orihime,Yammy appeared and tried to help Ulquiorra. With Ulquiorra's denial, Yammy slapped Menoly. Loly proceeded to fight Yammy but was knocked back with minor injuries. Being injured, Orihime came and healed Loly despite Loly's physical abuse. Loly thought that Orihime enjoyed watching her in pain, but was shocked when Orihime healed her. With that kindness and compassion, Loly decided that she wanted to protect Orihime from Yammy. When Yammy was about to grab Orihime, Loly usedt her Zanpakutō and managed to cut Yammy. Loly then releasd her Zanpakutō, yelled to both Yammy and Ulquiorra that she'd kill them. Despite this, Loly was still defeated by Yammy and was tossed through a wall. It was later revealed that Uryū saved Loly by using one of his arrows and pinning her to the tower.

Following the Wandenreich's conquest of Hueco Mundo, Loly and Menoly are among the Arrancar that are lined up by the Jagdarmee at their camp as they prepare to select who to kill and who to abduct. When the unit's commander, is close enough, the pair attack him, but are swiftly put down by Quilge. The two are then set upon by Quilge's subordinates, who are told to beat them, but not to kill them.Loly is defeated alongside Menoly, and her unconscious body is later placed under Orihime's barrier. 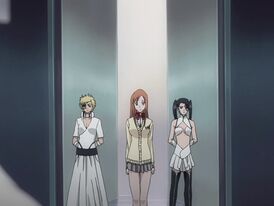 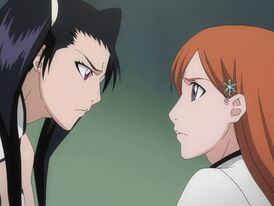 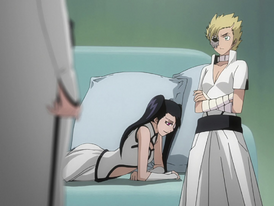 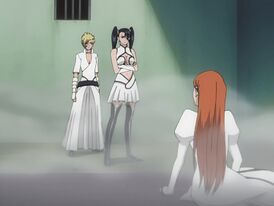 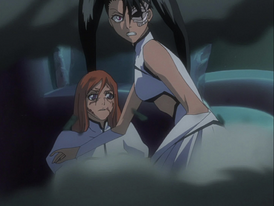 Being a pathetic bully 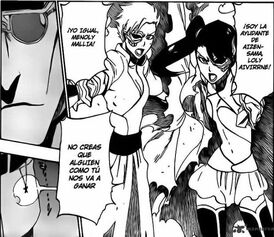 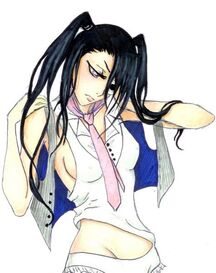 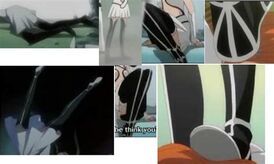 For foot fetishists
Add a photo to this gallery
Retrieved from "https://femalevillains.fandom.com/wiki/Loly_Aivirrne_(Bleach)?oldid=158858"
Community content is available under CC-BY-SA unless otherwise noted.